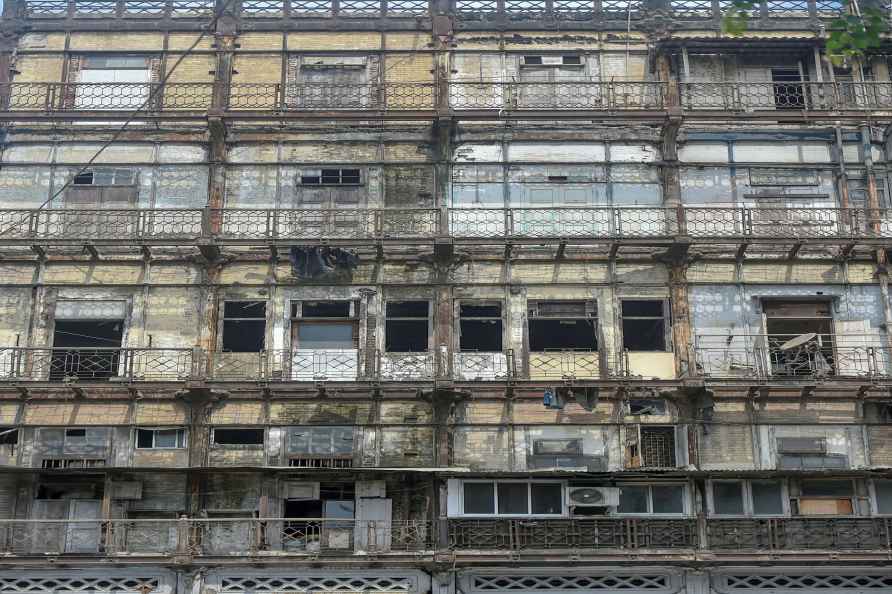 Mumbai, Sep 27 : Actor Ayushmann Khurrana's upcoming film 'Chandigarh Kare Aashiqui' is all set to hit the big screens on December 10. Ayushmann posted two pictures on Instagram. In one image, he is seen holding a clapboard and flaunting his washboard abs. The second picture has his co-star Vaani Kapoor and director Abhishek Kapoor posing for the camera with him. "Body dekh lo, Shakal baad mein dikhaayenge. Theatre khul gaye hain, dilon pe phir se chaa jaayenge (See the body, will show face later. Theatres are reopening, we will takeover the hearts once again.) #ChandigarhKareAashiqui, releasing on 10th December, 2021," Ayushmann wrote as the caption. Ayushmann will be seen playing a cross-functional athlete in the film directed by Kapoor. It is pitched as a progressive love story and is set in north India /IANS

Abhishek Bachchan: Leaving vanity behind was the first challenge to become 'Bob Biswas'
Mumbai, Nov 26 : Even though it was not the first time for him to gain body weight and portray an older character on-screen, as he has done that befor

Chennai, Nov 27 : Three female elephants aged 12, 18 and 25 were killed while they were hit by the Mangalore-Chennai Express at Mahendramedu near Navakkarai in Coimbatore district. The incident […]

Brussels, Nov 27 : The European Union will not renew its mandatory approval system for Covid-19 vaccine exports when it expires at the end of the year, the European Commission has said. This mea […]