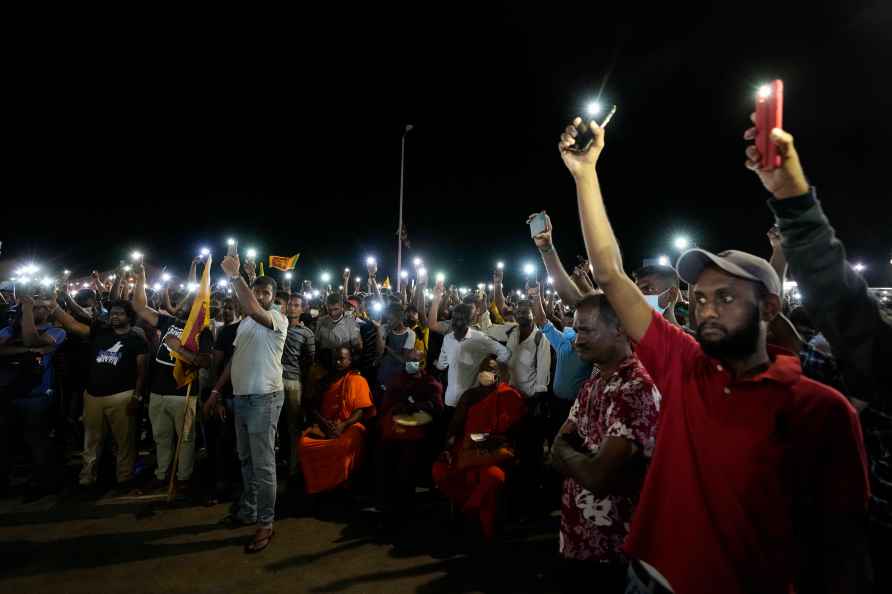 Colombo, Sep 28 : At least 80 houses were destroyed due to a fire that broke out in a highly populous area in Colombo, with around 220 people displaced, Sri Lankan police said on Wednesday. The fire broke out at the Kajeemawatte Flats in Thotalanga at around 8 p.m. on Tuesday night and it took firefighters several hours to get the blaze under control, reports Xinhua news agency. Twelve fire trucks were pressed into service. No casualties were reported in the incident, and those affected are housed in community centres and places of worship. The police are yet to determine the cause of the fire and the total property damage has not been estimated. President Ranil Wickremesinghe instructed his Secretary Saman Ekanayake to take steps to provide immediate relief to all the people affected by the fire. /IANS

Nearly 1.5 mn tourists visit Maldives this yr
Male, Dec 3 : The Maldives received nearly 1.5 million tourists so far this year, with travellers from India topping the list, according to data from