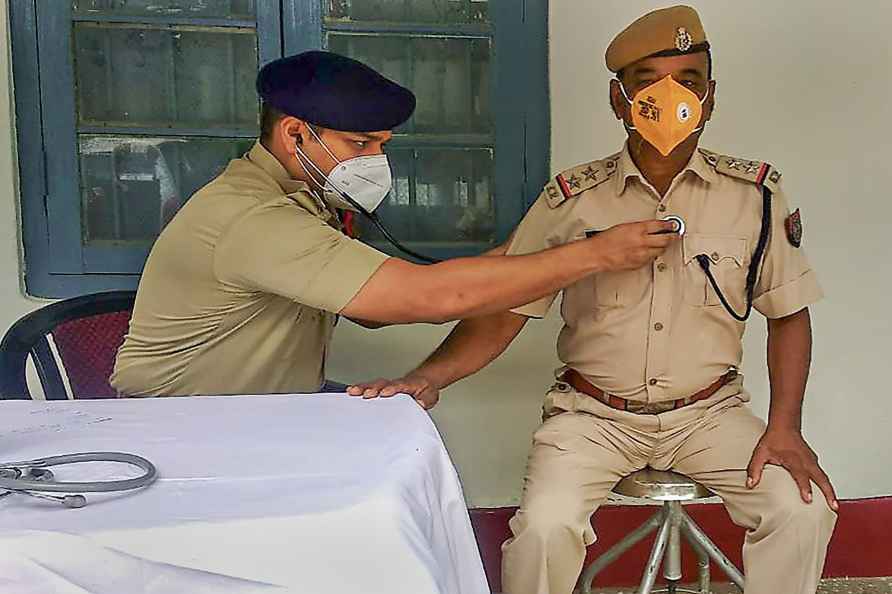 Pilibhit, Sep 26 : A routine inspection by chief medical officer (CMO) Dr Alok Kumar has revealed that there are more than 500 viscera samples lying dumped in a post-mortem house in Uttar Pradesh's Pilibhit district. Some of the samples date back to 1965. The CMO has now sent a list of the dumped samples to the Superintendent of Police, asking him to take appropriate action in the matter. "Viscera is normally preserved during the autopsy in cases which involve the consumption of poison or the cases in which the cause of death remains undetected. As per the laid down procedure, the viscera samples are preserved by medical officers on duty of autopsy and are received by the police on record. "They are then sent to the forensic laboratory by the police for testing. There is certainly negligence on the part of the local police department that such a large number of viscera samples were not dispatched to forensic labs for testing for a long time," the CMO said. Such samples are usually disposed of by forensic labs after specific tests, in coordination with local police and the health department. Dr B. Das, a general surgeon in Pilibhit, said: "Tissues of the old viscera are now completely damaged. Their dispatch for forensic testing at present will be absolutely useless as they will not produce any result." Meanwhile, SP Dinesh Kumar Prabhu, said that he has constituted a probe panel of police officers under ASP Pavitra Mohan Tripathi to probe the matter. District Magistrate Praveen Kumar Lakshkar said the matter needs appropriate action. A senior criminal lawyer, Ashwini Agnihotri, said that the absence of visceral reports would certainly have debilitated the prosecution side during the trial of the respective criminal cases in courts. /IANS