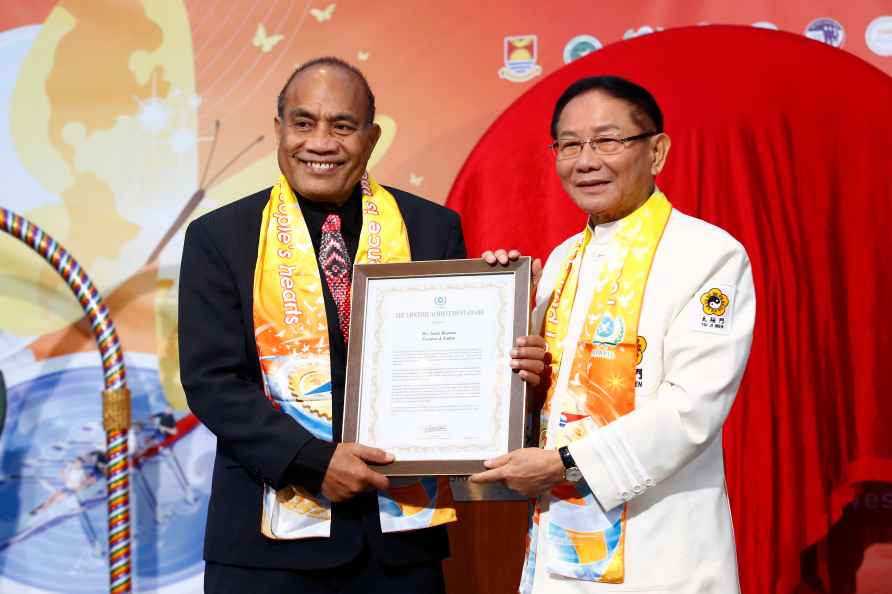 Sanaa, Sep 26 : Rashad Al-Alimi, Chairman of Yemen's Presidential Leadership Council, has met with UN Secretary-General Antonio Guterres over peace efforts to end the civil war in Yemen, national Yemeni TV reported. The meeting took place on Saturday on the sidelines of the 77th session of the UN General Assembly in New York. The Yemeni leader briefed Guterres on the latest developments in the Yemeni situation and peace efforts. He also welcomed the role of the UN and the Secretary General's efforts to stop the civil war in Yemen and end the suffering of the Yemeni people, Xinhua news agency reported. For his part, the UN chief reaffirmed the UN's commitment to supporting the Yemeni government and promised to mobilise necessary resources to alleviate the humanitarian suffering in Yemen. Guterres also confirmed employing all efforts to support the ongoing truce in Yemen and renewing it. The truce between the Yemeni government and the Houthi rebels went into force for the first time on April 2 and was later renewed twice through October 2. Yemen has been mired in a civil war since late 2014 when the Iran-backed Houthi militia seized control of several northern provinces and forced the Saudi-backed Yemeni government out of the capital Sanaa. /IANS

Rocket fired from Gaza into Israel: Military
Jerusalem, Dec 4 : A rocket has been fired from the Gaza Strip into Israeli territory, causing no injuries, Israeli military and media reported.

Jerusalem, Dec 4 : A rocket has been fired from the Gaza Strip into Israeli territory, causing no injuries, Israeli military and media reported. Sirens were sounding in the south of the country […]