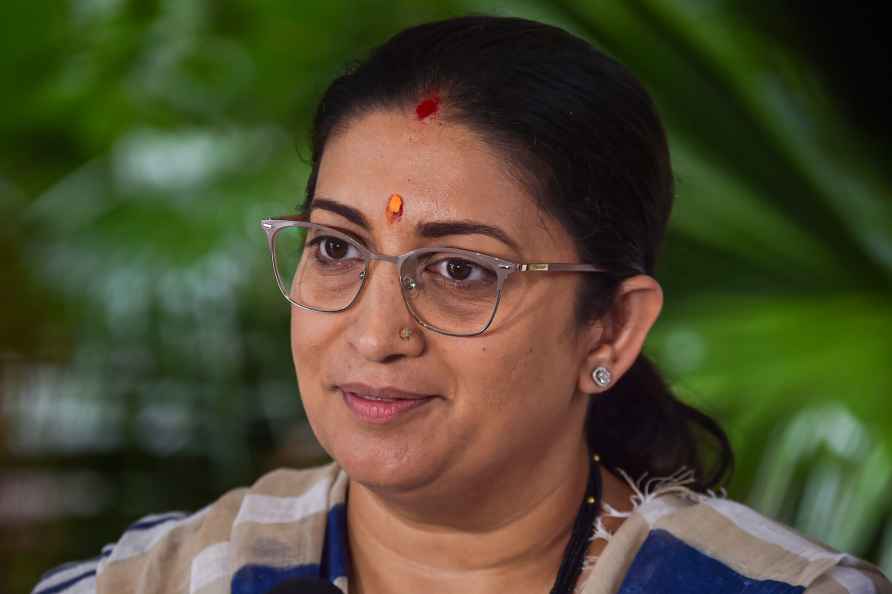 New Delhi: Union Women and Child Development Minister Smriti Irani interacts with the media while meeting with Lady Umpires and officials of the Legends League cricket as part of the women's empowerment and 'Beti Bachao Andolan', at her residence in New Delhi, Saturday, Sep 24, 2022. ( /PTI