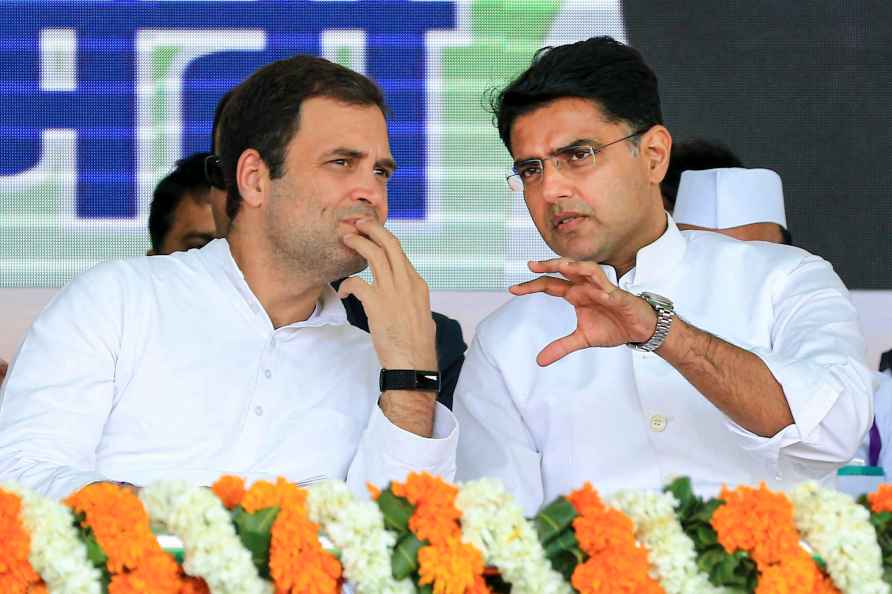 Jaipur, Sep 23 : After the indications of Chief Minister Ashok Gehlot becoming the Congress president and leaving the CM post, the political stir has intensified in Rajasthan. The six BSP-origin MLAs have hinted a change in their old stand in case of a changed CM face. The BSP turncoats are considered as Gehlot loyalists and have supported him all through even as the Sachin Pilot camp made noises. On the question of making Sachin Pilot or any other the CM, Minister of State for Rural Development Rajendra Singh Gudha, considered to be a die-hard Gehlot supporter, has said they are with the party high command and will follow the direction. "Anyone being made the CM by the high command is acceptable. We are with the decision that Sonia Gandhi, Rahul Gandhi, Priyanka Gandhi Vadra take. Even if Bharosi Lal Jatav is made the CM, we are still together," Gudha said while interacting with the media here. Taking a different line from Ashok Gehlot's statement on the selection of the next CM, Gudha said, "Whatever decisions are taken in the Congress, the decision of the high command is valid. At least we six MLAs, who are in Group Six, have a guarantee that they are all with the high command. "We are members of the Congress. Whatever decision is taken by our Congress leader Sonia Gandhi, Rahul Gandhi, we will accept it. As far as I know there are no if or buts in it. The decision taken by Delhi will be valid for all." The minister said, "We have been in the government twice. The decision, which is made by the high command, according to my knowledge, all the MLAs will accept. Even if Sonia Gandhi will make Bharosi Lal Jatav the Chief Minister, we are still together. Those who are seeing that Ashok Gehlot is becoming the national president, they know more about everything in this matter. Whatever big leaders do in this matter, they will do it with understanding, we are with them." Gudha has given a political message by taking a different line from the statement of Chief Minister Ashok Gehlot. Gudha has clearly indicated that the MLAs associated with G-6 will support the party instead of any face. /IANS

DW BUREAU / Chandigarh Radical transformation brought about by the Manohar Lal government to catapult Haryana's growth on the development track today got a major boost when, President Smt. Drou […]