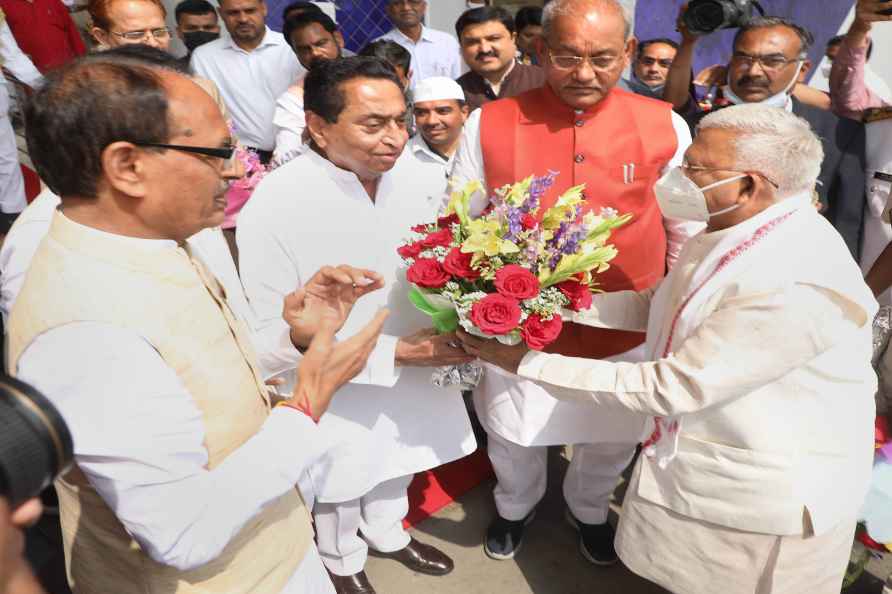 Bhopal, Sep 20 : A day after Chief Minister Shivraj Singh Chouhan ordered to suspend Jhabua district SP (Superintendent of Police) for allegedly using abusive words against a polytechnic student on phone call, collector of the same district was also transferred on Tuesday. Transfer order issued by the state administration on Tuesday, stated that Jhabua district collector Somesh Mishra, a 2013 batch IAS officer, has been shifted to Bhopal as Under Secretary in Madhya Pradesh Government. Rajni Singh, a 2013 batch IAS officer, who was posted as Upper Commissioner (Revenue) in Indore division, will replace Mishra as new collector of tribal dominated Jhabua district. The development came a day after Chouhan visited Jhabua, during which he received several complaints from local people regarding delay in execution of government schemes, according to the state government. Notably, the transfer order has been issued on the direction of Chief Minister Shivraj Singh Chouhan. On Monday, Jhabua SP Arvind Tiwari was first transferred to the police headquarters in Bhopal and later suspended by the evening. He was suspended for allegedly using abusive words during a telephonic conversation with a polytechnic student in the district, the government claimed. The opposition Congress has raised question on back to back action - first suspention of SP and then transfer of the district collector. As both officers belong to upper cast community (Brahmin), Congress called the development as politically motivated. K.K. Mishra, who is media in-charge in Madhya Pradesh Congress, called the development as "Power struggle between two faction of top BJP leaders. These officers were appointed on the direction of Union Minister Jyotiraditya Scindia." /IANS