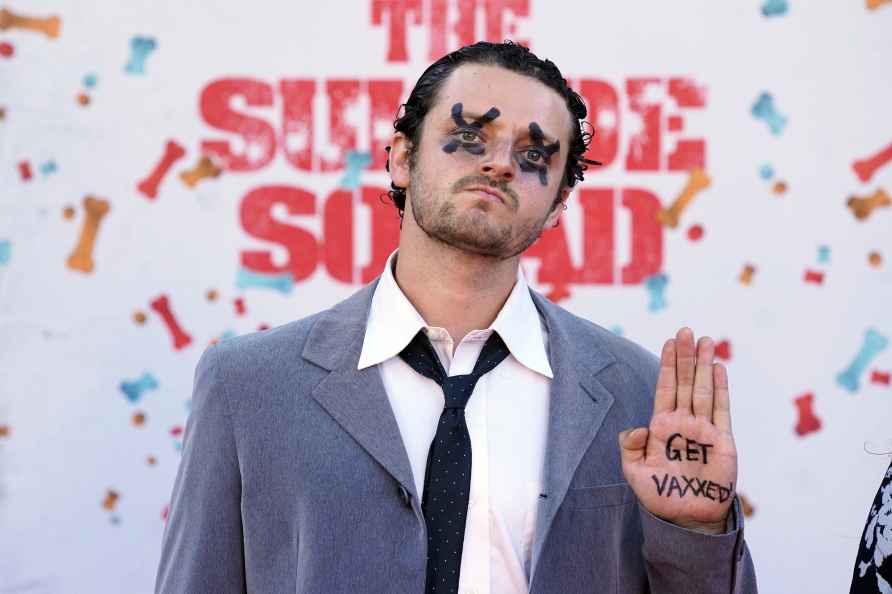 Los Angeles, Sep 20 : Actress Kate Winslet has returned to work after being injured on a film set in Croatia. The 46-year-old actress was pictured getting back into character today after she was reportedly rushed to the hospital over the weekend, reports mirror.co.uk. She appeared to be in good spirits as she donned a khaki cargo jumpsuit on the set of her new movie Lee - which is being shot in the village of Kupari. New pictures show her surrounded by crew as she wore a US military outfit - sporting a make-up free look. Only yesterday, a news outlet in Croatia published pictures of the actress arriving at the hospital. In the pictures, she was surrounded by many other people as she made her way in. She walked into Dubrovnik Hospital wearing black clothes and a face mask. She is said to have arrived at the hospital, which is around 15 minutes from the set, in a black van. Her new film follows World War II correspondent Lee Miller's life, portrayed by Kate, and also stars Jude Law and Marion Cotillard. The injury ordeal comes after Kate previously discussed how she learned an incredible underwater 'superpower' for her role in the new 'Avatar: The Way Of Water'. The star, who is no stranger to being in bodies of water for a long period of time in movies, learned how to hold her breath for a shocking number of minutes. Speaking to Empire about her role as Ronal, a free diver of the Metkayina, the 46-year-old said that she learned how to hold her breath in a 900,000-gallon water tank for longer than any other cast member. "Seven minutes and 14 seconds, baby!" she told the publication. "The most amazing thing for me as a middle-aged woman was to learn something not just new, but superhuman!" /IANS