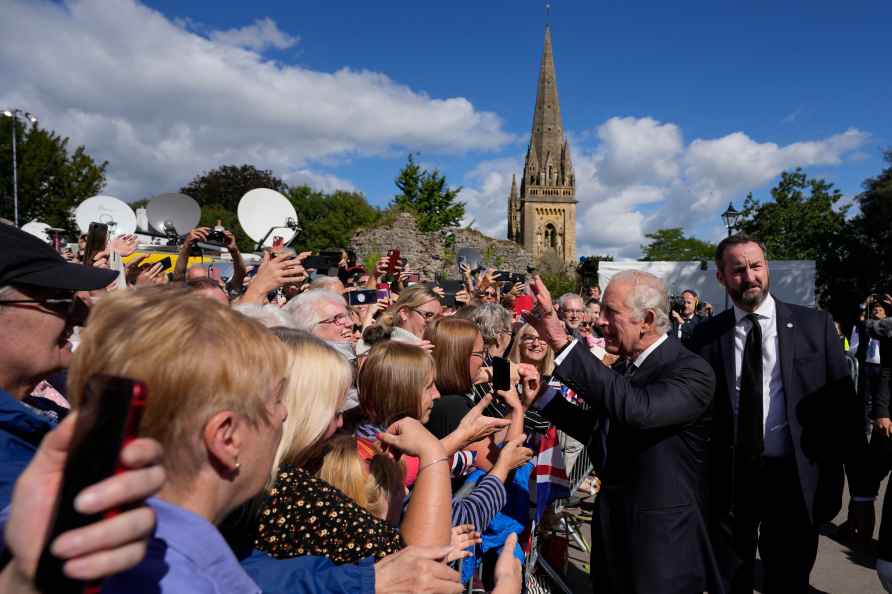 Britain's King Charles III waves to the crowd after a Service of Prayer and Reflection for the life of Queen Elizabeth II, at Llandaff Cathedral in Cardiff, Wales, Friday Sept. 16, 2022. The Royal couple has have arrived in Wales for an official visit. The royal couple previously visited to Scotland and Northern Ireland, the other nations making up the United Kingdom, following the death of Queen Elizabeth II at age 96 on Thursday, Sept. 8. /AP-PTI