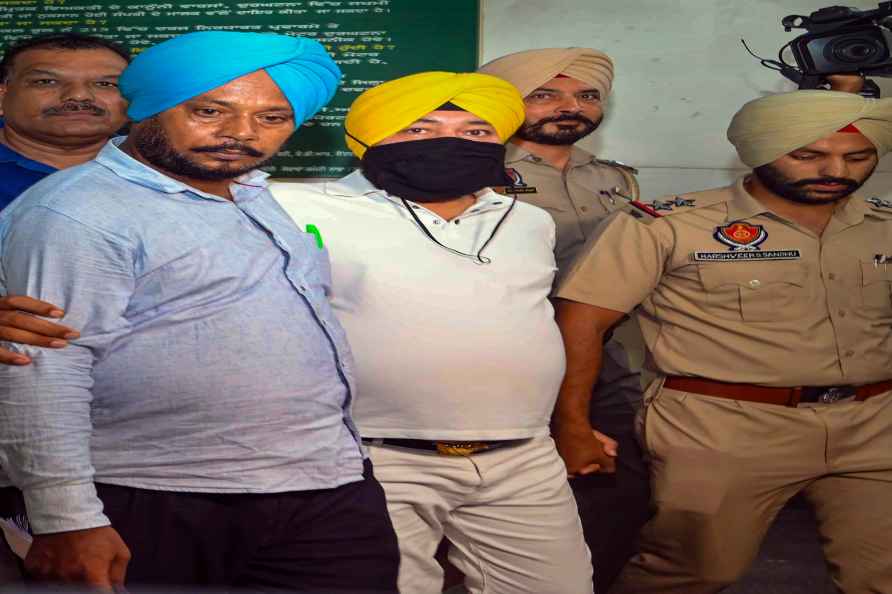 [**EDS: FILE IMAGE** Patiala: In this Thursday, July 14, 2022 file photo singer Daler Mehndi is taken to jail after he was sentenced for his alleged involvement in a human trafficking case, in Patiala. Punjab and Haryana High Court Thursday, Sept. 15, 2022 granted relief to Daler Mehndi in a 2003 human trafficking case. The court suspended his sententence. ( /PTI] Chandigarh, Sep 15 : In a relief to singer Daler Mehndi, the Punjab and Haryana High Court on Thursday granted stay to the decision of a Patiala Court that had sentenced him to two years of imprisonment in a 2003 human trafficking case. He was lodged in the Central Jail in Patiala. The artist was imprisoned after being given a two-year prison term on July 14 for illegally transporting people abroad while they were acting as members of his band. Police had registered a case against the singer, his brother Shamsher Singh -- who died in October 2017 -- and two others, after it was alleged that the accused took money from people to the tune of Rs 1 crore on the pretext of taking them abroad. Complainant, Bakhshish Singh, alleged that the deal never matured and the accused failed to return the money. The case was registered in 2003 in Patiala. Daler Mehndi was subsequently arrested but released on bail after a few days. Daler Mehndi's arrest was quite controversial at a police station in Patiala in 2003 as he was asked to strip by a few junior police officers during interrogation. He spent a few days behind bars before being released on bail. His younger brother, singer Mika, who accompanied him during the surrender in 2003, had to beat a hasty retreat near the police station when an "organised" mob surrounded their vehicles. /IANS