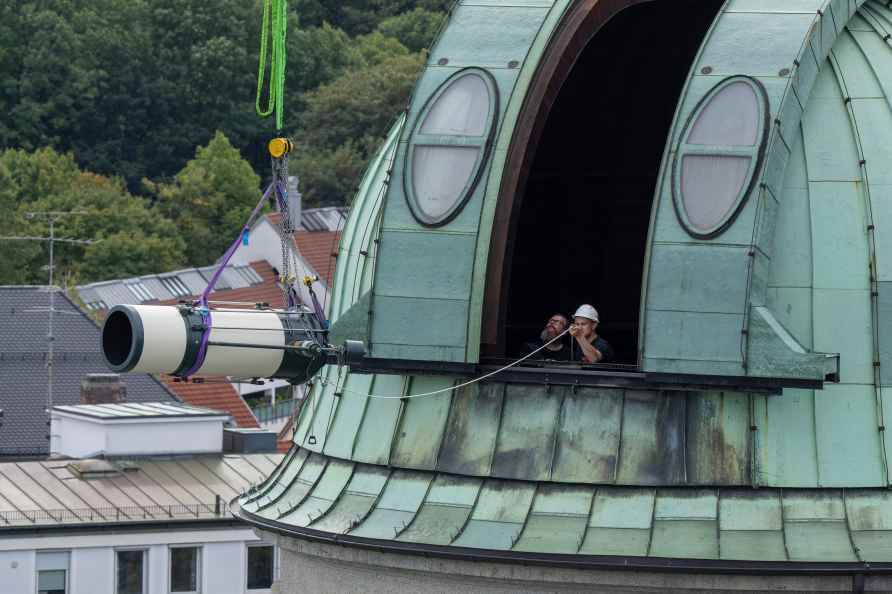 A historic reflecting telescope is lifted out of one of the dome roofs of the Deutsches Museum with the help of a crane on Wednesday, Sept. 14, 2022 in Munich. The 109-year-old and two-ton telescope from the museum's Eastern Observatory was to be moved to the depot, according to the Deutsches Museum. /AP-PTI