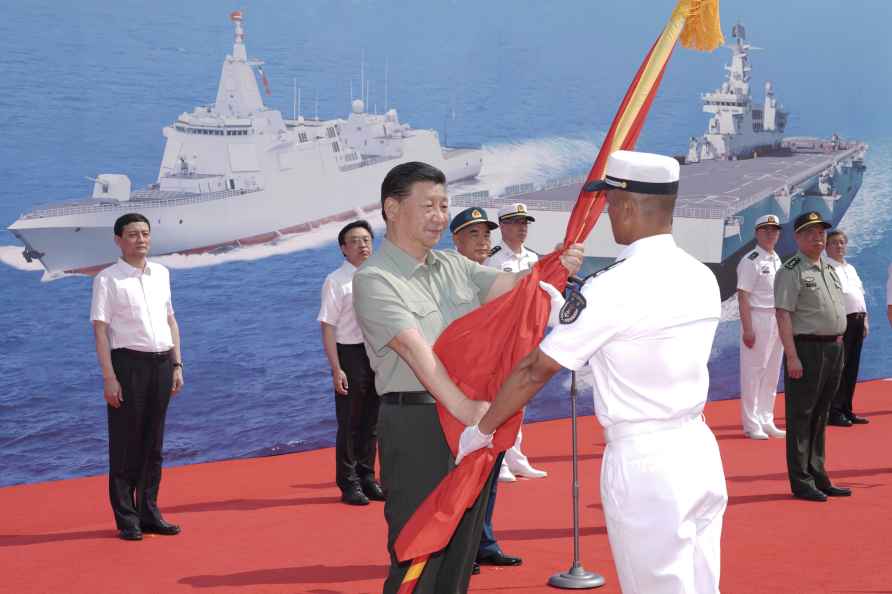 Despite oath of not leaving party, Goa Congress MLAs switch to BJP
New Delhi, Sep 14 : Ahead of the assembly elections in Goa the Congress had administered an oath that the elected MLAS will not leave the party but on

President Vladimir Putin says Russia will press on with its offensive in Ukraine despite Ukrainian counteroffensive, reports AP.

President Vladimir Putin says Russia will press on with its offensive in Ukraine despite Ukrainian counteroffensive, reports AP. […]

**EDS: TWITTER IMAGE POSTED BY @MEAIndia ON FRIDAY, SEPT. 16, 2022** Samarkand: Prime Minister Narendra Modi with President of Iran Ebrahim Raisi during a meeting on the sidelines of SCO Summit, in Sa […]

Assam moves to court for custody of elephant Joymala

Guwahati, Sep 14 : Joymala, an elephant which was allegedly tortured at a temple in Tamil Nadu, has become the bone of contention between the Assam and Tamil Nagu governments. The Assam governme […]