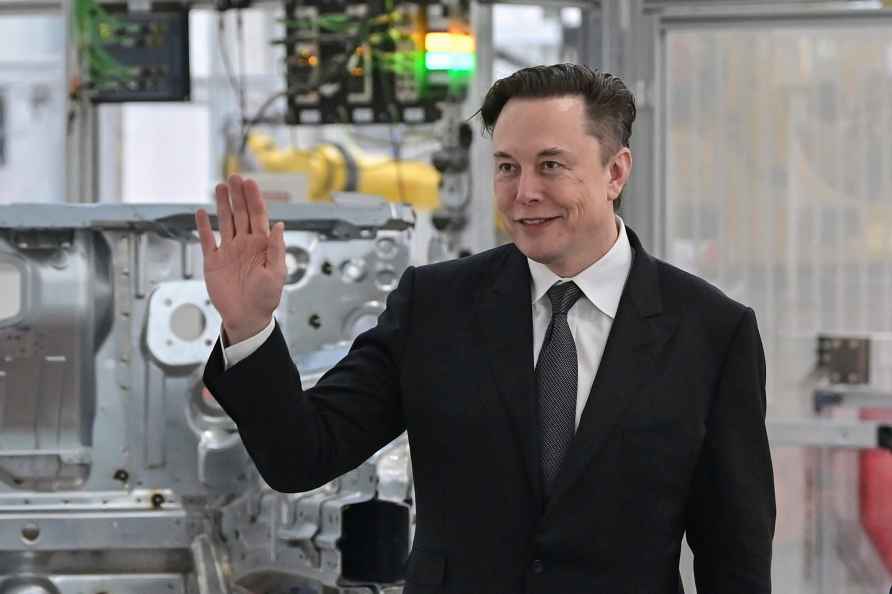 San Francisco, Aug 10 : Electric vehicle company Tesla CEO Elon Musk has sold 7.92 million shares of the company worth around $6.88 billion, media reports say. Musk's transactions occurred between August 5 and August 9, the US Securities and Exchange Commission (SEC) filings revealed, following Tesla's 2022 annual shareholder meeting on August 4 in Austin, Texas, reports CNBC. Earlier this year, the tech billionaire said on social media that he had "no further Tesla sales planned" after April 28. That week, SEC filings revealed Musk had been selling a block of shares in his electric car maker worth about $8.4 billion. Musk is in the middle of a contentious legal battle with Twitter, the social networking giant he agreed to acquire in April for about $44 billion or $54.20 per share. Amid an overall market decline, Twitter's share price and the price of Tesla shares dropped. Musk said he was terminating the deal and accused Twitter of failing to give him all the information he needed to go ahead with the acquisition. He also accused Twitter of understating the number of bots, spam and fake accounts on its platform. /IANS

16 female employees faint after spraying of mosquito repellent in UP

New Delhi, Sep 12 : Defence Minister Rajnath Singh said on Monday that India is rapidly moving towards joining the three armed forces and efforts are on to have common logistic nodes so that the resou […]