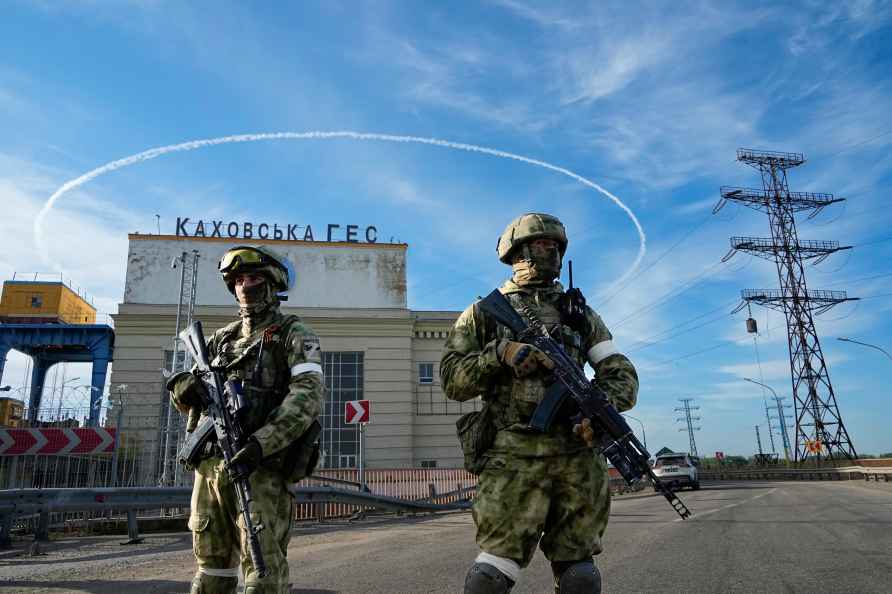 Moscow, Aug 10 : Russian forces have started installing an air defence system at Europe's largest nuclear power plant in Zaporizhzhya, in occupied Ukraine, after shelling triggered fears of a catastrophic accident. "The power plant's air defence systems are being reinforced," the head of the Moscow-appointed military administration in the region, Yevhen Balytskyi, told Russian state television on Tuesday. The Russian military administration said that the Zaporizhzhya plant is currently operating normally, while power lines and damaged units of the reactor have been repaired, reports dpa news agency. The nuclear plant in southern Ukraine, which is under Russian control, has been shelled several times in recent few days, sparking international concerns about the safety of the facilities. Moscow and Kiev have blamed each other for the attacks. Russia has suggested it may support a visit by International Atomic Energy Agency monitors to the nuclear plant in southern Ukraine. "From our side, we are ready to provide the maximum possible assistance to resolve organisational issues," the Russian Foreign Ministry said on Tuesday. Moscow also accused the UN of having cancelled an inspection trip that was already planned, causing a new escalation. /IANS

Los Angeles, Sep 23 : Filmmaker James Cameron said that before 'Avatar: The Way of Water' there was a full 'Avatar 2' screenplay that was written and then thrown into the trash. It turns out tha […]

Los Angeles, Sep 23 : Maroon 5 frontman Adam Levine and his spouse Behati Prinsloo continue to put on a united front amid cheating allegations against him. The pair have been caught showcasing p […]

Mumbai, Sep 23 : Bollywood superstar Aamir Khan's daughter Ira Khan got engaged to her boyfriend Nupur Shikahre. Ira, who has been dating Nupur for over two years now, took to Instagram where sh […]

Mumbai, Sep 23 : Actress Seema Pahwa, who is currently gearing up for the second season of the streaming crime drama 'Jamtara: Sabka Number Ayega', recently spoke about her part in the series of a hig […]