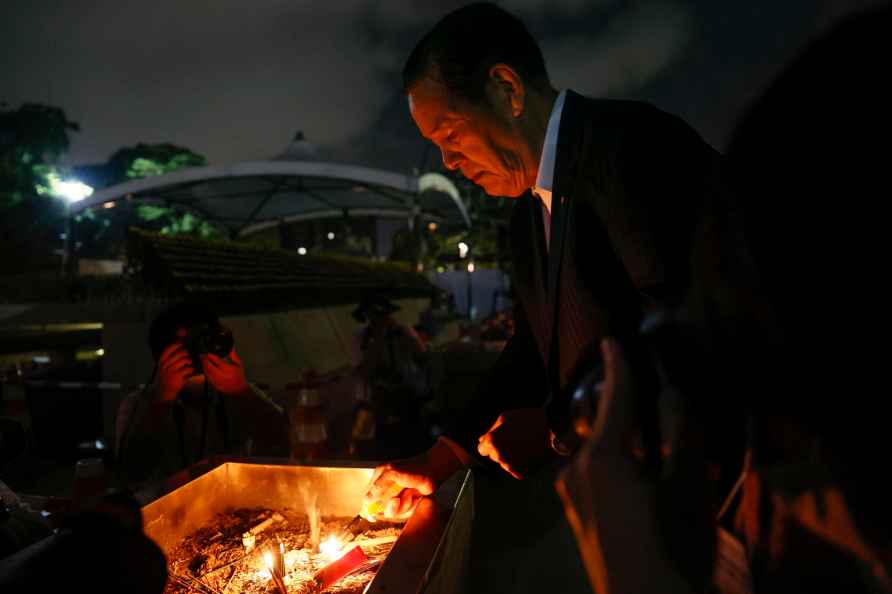 Tokyo, Aug 9 : Japan on Tuesday ommemorated the 77th anniversary of the atomic bombing of Nagasaki during the Second World War. The annual ceremony allowed for more people to attend, owing to the easing of Covid-19 restrictions, reports Xinhua news agency. Officials and dignitaries from more than 80 nations were present at the ceremony, along with survivors and relatives of the victims who had gathered from early in the morning to offer prayers. At 11.02 a.m., a moment's silence was observed as at this time on August 9, 1945, a US B-29 bomber dropped a plutonium-core atomic bomb, nicknamed Fat Man, killing around 74,000 people in Nagasaki by the end of that year. Over a one-year period through the end of July, Nagasaki confirmed the deaths of 3,160 atomic bomb survivors, with its list now officially recognizing 192,310 people as victims of the atomic bombing. The atomic bombing of Nagasaki followed the one dropped on Hiroshima on August 6, forcing Japan to surrender. At the ceremony, Nagasaki Mayor Taue Tomihisa stressed that the nuclear states hold a particular responsibility due to the non-proliferation treaty, and a concrete process for nuclear arms reductions must be shown. In his address, Prime Minister Fumio Kishida said that Japan is committed to pursuing a world without nuclear weapons. /IANS