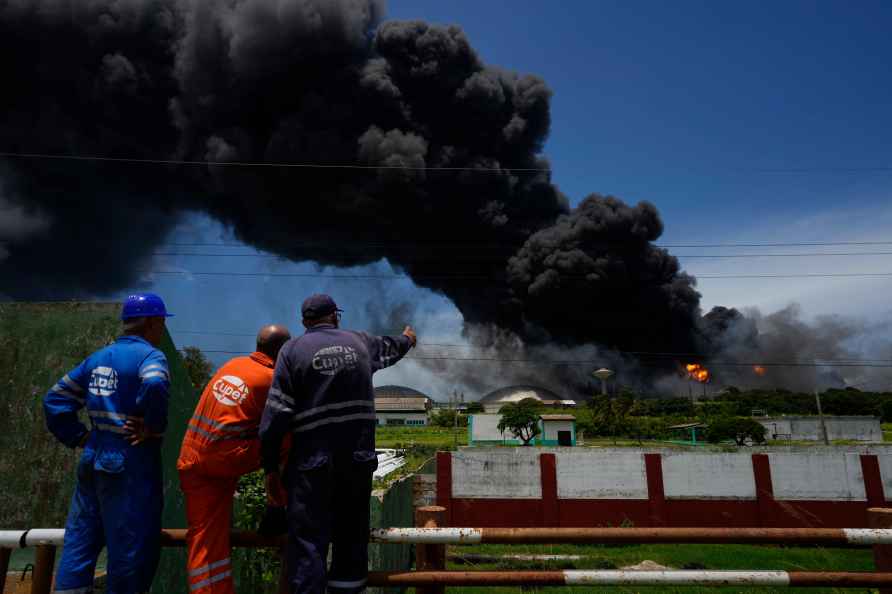 Workers of the Cuba Oil Union, known by the Spanish acronym CUPET, watch a huge rising plume of smoke from the Matanzas Supertanker Base, as firefighters work to quell a blaze which began during a thunderstorm the night before, in Matazanas, Cuba, Saturday, Aug. 6, 2022. Cuban authorities say lightning struck a crude oil storage tank at the base, causing a fire that led to four explosions which injured more than 50 people. ( /AP-PTI

Book launch event in Delhi
New Delhi: Actress Khushbu Sundar with wrestler Babita Phogat at an event for the launch of the book 'Ambedkar and Modi: Reformer's Ideas Performer's