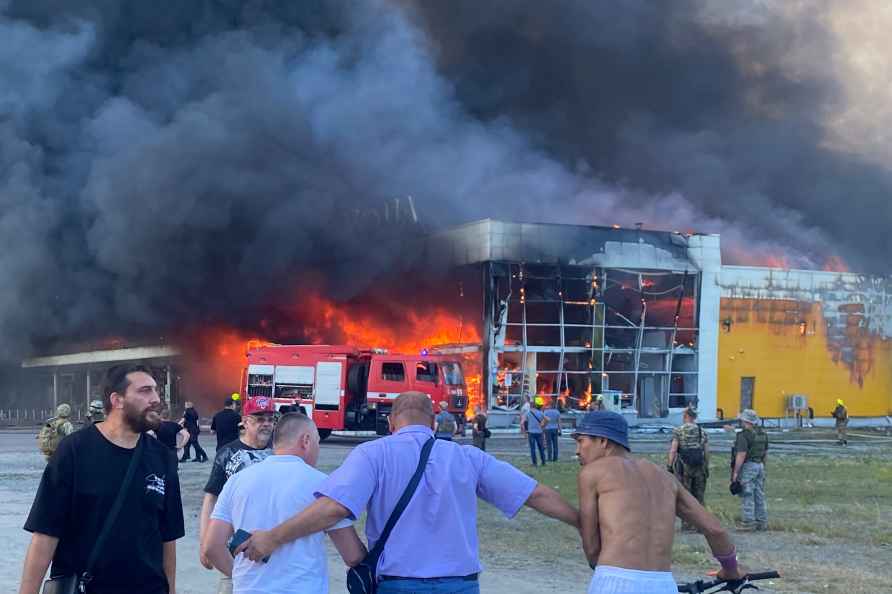 Washington, Aug 5 : Police in Bloomington of the US state of Minnesota secured a shopping mall after reports of a shooting inside the premises. The Bloomington Police Department tweeted on Thursday they "can confirm that shots were fired" inside the Mall of America but "this is an isolated incident", reports Xinhua news agency. The suspect fled the mall "on foot" and officers are in the process of interviewing witnesses, according to an update. No victims have been found. One video circulating on social media appeared to show a man yelling outside a Nike store on the second level of the mall, followed by what sounded like three gunshots. The Mall of America tweeted it "remains under lockdown following a confirmed isolated incident." "For all guests, please stay in the closest secure area until the lockdown is lifted," it said. A Twitter user wrote that she's in lockdown with her 17-year-old daughter in the back room of a suit store at the Mall of America. "Even though I don't feel any danger at this point, the knowledge that someone may well have been shot two floors above me is heavy," she added. /IANS

Karnataka special court orders graft probe against Yediyurappa
Bengaluru, Sep 14 : In a setback to BJP leader B.S. Yediyurappa, a special court for cases against MPs/MLAs on Wednesday ordered the filing of case an

Assam to convert all govt schools to higher secondary level

Guwahati, Sep 14 : The Assam government plans to convert all its secondary schools to higher secondary level, the Assembly was told on Wednesday. Replying to a question, Education Minister Ranoj […]