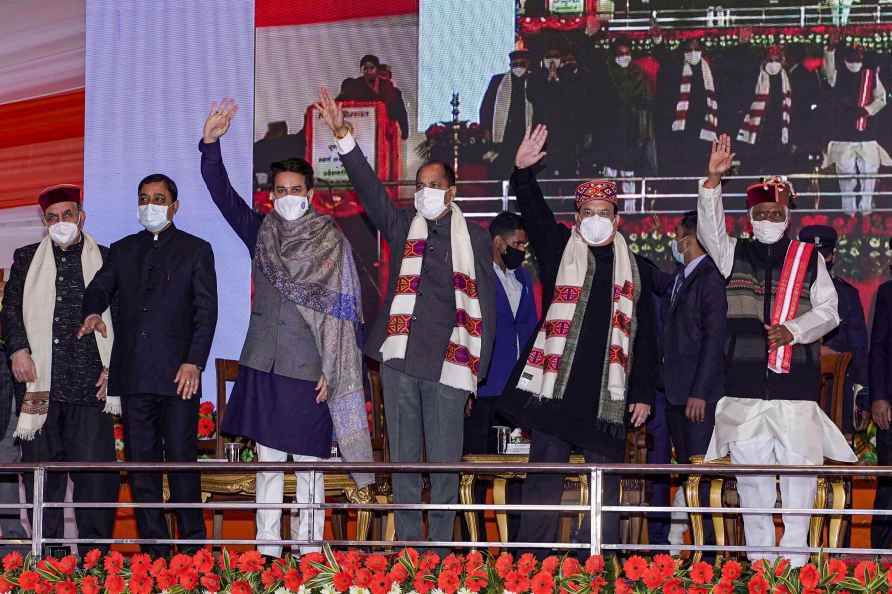 Hardliner Himanta takes a leaf out of Yogi's political playbook
[Prayagraj: Relatives mourn by the body of Mohamed Usman, 15, who was killed by lightning on Friday at Prayagraj, in the northern Indian state of Utta

One day, court will have to run state administration: Goa Congress MP
Panaji, Sep 23 : South Goa MP Francisco Sardinha on Friday criticised the state's ruling BJP government, saying that it is sleeping and hence one day

**EDS: BEST QUALITY AVAILABLE** Pulwama: An injured undergoes treatment at a hospital after being shot at during a terrorist attack in Pulwama, Sept. 24, 2022. Two non-local labourers were shot. ( /PT […]

Very important for me to make my team champions in upcoming PKL season: Fazel Atrachali

Pune, Sep 23 : Puneri Paltan had a terrific Pro Kabaddi League auction when they signed Iranian Mohammad Esmaeil Nabibakhsh for a whopping Rs 87 Lakhs followed by his national side captain and star de […]

I feel my over lost the game for England; was a gamble on my part: Moeen Ali

Karachi, Sep 23 : Stand-in England captain Moeen Ali believes his over, which he admitted was a "gamble", played a pivotal role in his side losing to Pakistan by 10 wickets in the second T20I at the N […]

Raphinha says battle for places is healthy for Brazil

Rio de Janeiro, Sep 23 : Raphinha has praised competition for places in Brazil's national team ahead of friendlies against Ghana and Tunisia. The Barcelona forward is expected to feature on the […]