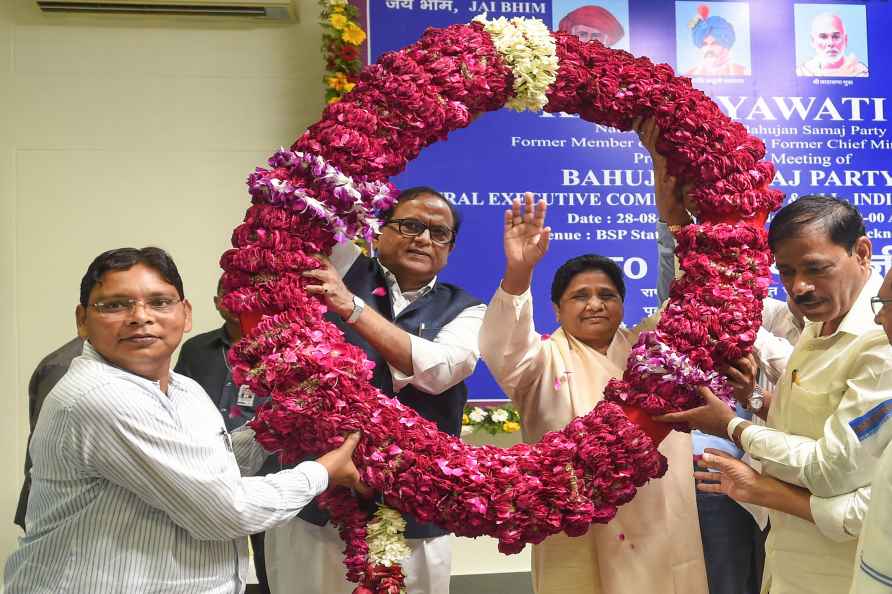 Lucknow, Aug 3 : Bahujan Samaj Party president Mayawati has announced support to the vice-Presidential candidate of the NDA, Jagdeep Dhankhar. In a tweet on Wednesday, Mayawati said that she was formally announcing her support to Dhankhar because the ruling coalition and the opposition had failed to arrive at a consensus on the issue. She said her party had decided to support the NDA candidate in wider national interest and the Bahujan movement. The voting for the vice-president's election is scheduled to take place on August 6. /IANS

Bringing law to increase usage of Kannada language: K'taka CM
Bengaluru, Sep 14 : Amid the controversy over Hindi Day celebrations in Karnataka, chief minister Basavaraj Bommai has said that a law to increase Kan

Covid may up risk of developing Alzheimer's disease among the older

New York, Sep 14 : Older people who were infected with Covid-19 show a substantially higher risk -- as much as 50 per cent to 80 per cent higher than a control group -- of developing Alzheimer's disea […]

By Animesh Singh New Delhi, Sep 14 : Soon e-commerce entities may face heavy penalty for posting fake reviews of products, as the government is finalising guidelines to curb such practices. A […]

Bengaluru, Sep 14 : Amid the controversy over Hindi Day celebrations in Karnataka, chief minister Basavaraj Bommai has said that a law to increase Kannada language usage is being introduced soon. Spea […]