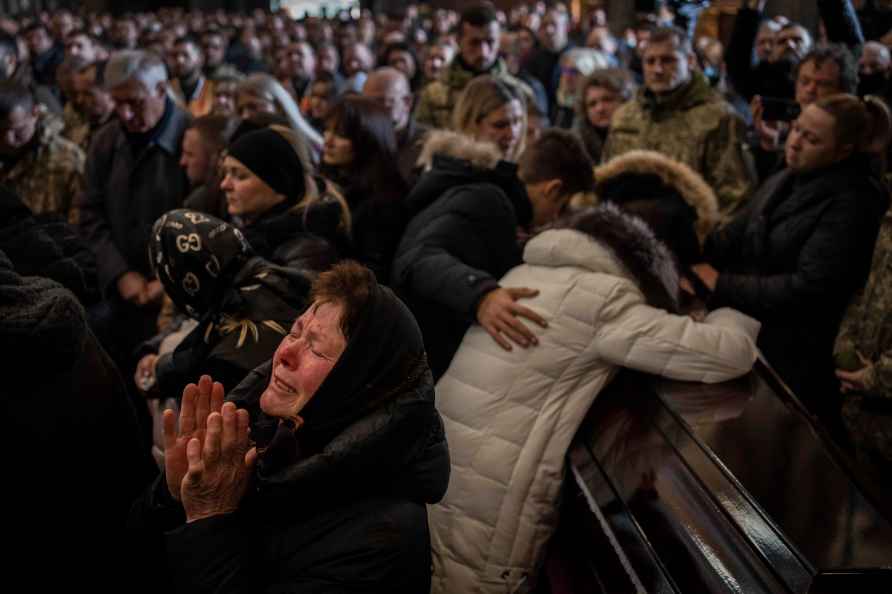 Kiev, Aug 3 : Two explosions occurred near Ukraine's western border with NATO member Poland. A Russian missile hit a Ukrainian military facility in the Chervonohrad district on Tuesday evening, the administration of the Lviv region announced, dpa news agency reported. There was still no information on the damage caused, regional governor Maksym Kozytskyi wrote on Telegram. The Ukrainian Air Force High Command reported that the Russian army fired eight missiles at Ukraine from long-range bombers over the Caspian Sea on Tuesday evening. Seven of them were intercepted, it said, adding that an air defence position had been hit in the Lviv region. Explosions were also reported in the evening from the city of Mykolayiv in southern Ukraine. In mid-March, Russia had hit the Yavoriv military training base, about 20 kilometres from the border with Poland. At least 35 soldiers were reported killed. /IANS

New Delhi, Sep 23 : The Supreme Court on Friday issued notice on a plea against fraudulent religious conversion by intimidation, threatening, deceivingly luring through gifts and monetary benefits, on […]

Pune, Sep 23 : Punjab Tigers is the latest franchisee that has become part of the Tennis Premier League and is all set to compete in the fourth season of India's premier tennis tournament. The T […]

Liudmila Samsonova of Russia, right, holds her champion trophy and Zheng Qinwen of China holds the runner-up trophy during the award ceremony of singles in the Pan Pacific Open tennis championships at […]