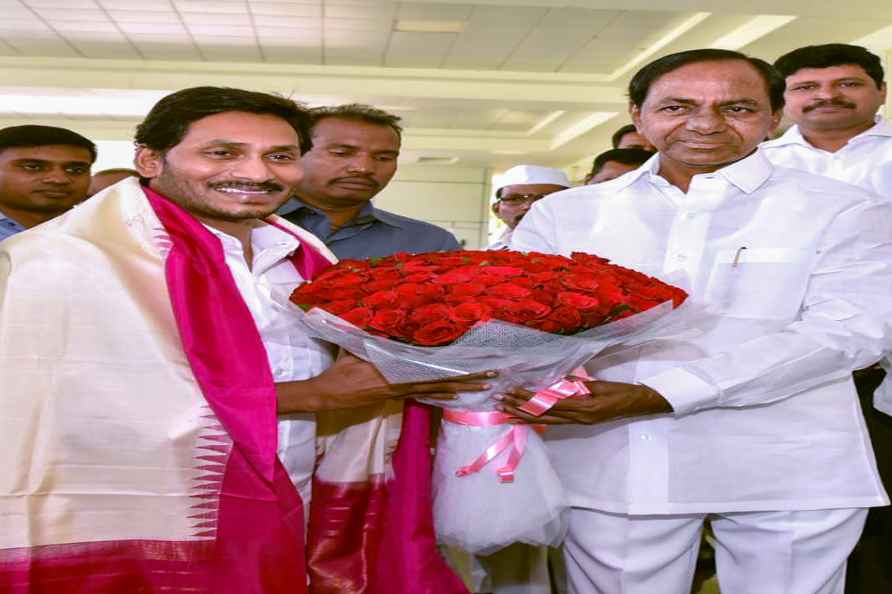 Hyderabad, Aug 1 : Former Andhra Pradesh Chief Minister N. T. Rama Rao's daughter Kanthamaneni Uma Maheswari passed away here on Monday. Youngest among 12 children of the Telugu Desam Party (TDP) founder, she breathed her last at her residence in Hyderabad after a brief illness. The passing away of Uma Maheswari plunged the Nandamuri family into gloom. She was the youngest of four sisters. Former Union Minister and BJP leader Daggubati Purandeswari and TDP President and former chief minister N. Chandrababu Naidu's wife Nara Bhuwaneswari are her well-known sisters. Chandrababu Naidu, his son Nara Lokesh and other family members rushed to Maheswari's residence. Uma Maheswari's brother popular Tollywood actor and TDP legislator N. Balakrishna and other family members who live abroad have been informed, family sources said. NTR, as N.T. Rama Rao was popularly known, was one of the tallest Telugu leaders. The actor-turned-politician had floated the TDP in 1982 on the slogan of Telugu self-respect and created a record of sorts by leading the party to power within nine months, ending the single party rule of the Congress in then undivided Andhra Pradesh. He died 1996 at the age of 72, a few months after he was thrown out of power following a revolt led by his son-in-law Chandrababu Naidu. NTR had 12 children - eight sons and four daughters. Uma Maheswari was the youngest of the four daughters. Many family members had come together recently at the wedding of Uma Maheswari's daughter. NTR's three sons including actor and former minister N. Harikrishna have already passed away. /IANS

Australia reveal new-look squad for friendlies ahead of World Cup

Canberra, Sep 14 : Australia's head coach Graham Arnold has named a new-look squad on Wednesday for the Socceroos' two-game friendly series against New Zealand to prepare for the 2022 FIFA World Cup i […]

Washington, Sep 14 : The chair of a US House of Representatives committee has asked the National Archives and Records Administration (NARA) to determine whether former President Donald Trump still pos […]

New Delhi, Sep 14 : The Food and Agriculture Organisation (FAO) Council has approved a proposal by India to celebrate 2023 as an International Year of Millets with the aim of increasing awareness abou […]