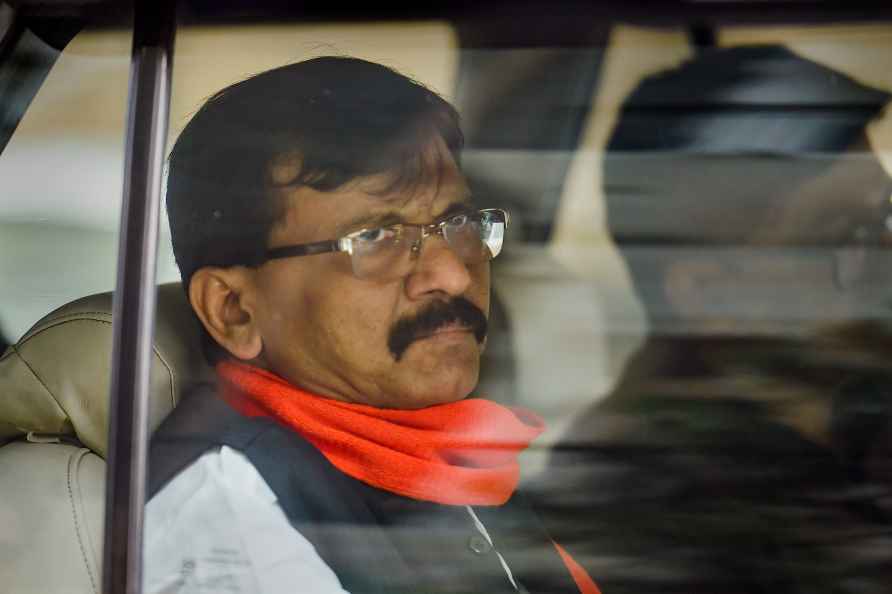 Mumbai, Aug 1 : A special court here on Monday sent Shiv Sena MP Sanjay Raut to the custody of Enforcement Directorate for 3 days till August 4. Special PMLA Court Special Judge M. G. Deshpande pronounced the order as Raut was produced by the ED after he was arrested here early this morning. While the ED's Special Public Prosecutor Hiten Venegaonkar sought 8 days custody, Raut's lawyer Ashok Mundargi opposed it on various grounds, including the health problems of his client who was a cardiac patient. Raut, 61, was raided by the ED at dawn on July 31, questioned for over nine hours before he was taken under detention to the agency offices where he was again grilled for over 7 hours before being formally arrested. /IANS

CPI-M, Congress MPs mock Nadda's statement on AIIMS, Madurai
Chennai, Sep 23 : CPI-M and Congress MPs from Tamil Nadu on Friday mocked the claims made by BJP President J.P. Nadda that 95 per cent of the work for

Liudmila Samsonova of Russia, right, holds her champion trophy and Zheng Qinwen of China holds the runner-up trophy during the award ceremony of singles in the Pan Pacific Open tennis championships at […]

Hyderabad, Sep 23 : Hyderabad Cricket Association (HCA) President Mohammad Azharuddin on Friday that the body has nothing to do with the blackmarketing of tickets for India-Australia Twenty20 cricket […]

Mohali, Sep 23 : RoundGlass Punjab FC has announced the signing of its foreign contingent; a mix of fresh and experienced faces - goalkeeper Kiran Limbu from Nepal, forward Luka Majcen from Slovenia, […]

Srinagar: Young women participate in a marathon organised to spread awareness about the health benefits of sports and increase grassroots participation in sports, in Srinagar, Sunday, Sept. 25, 2022. […]