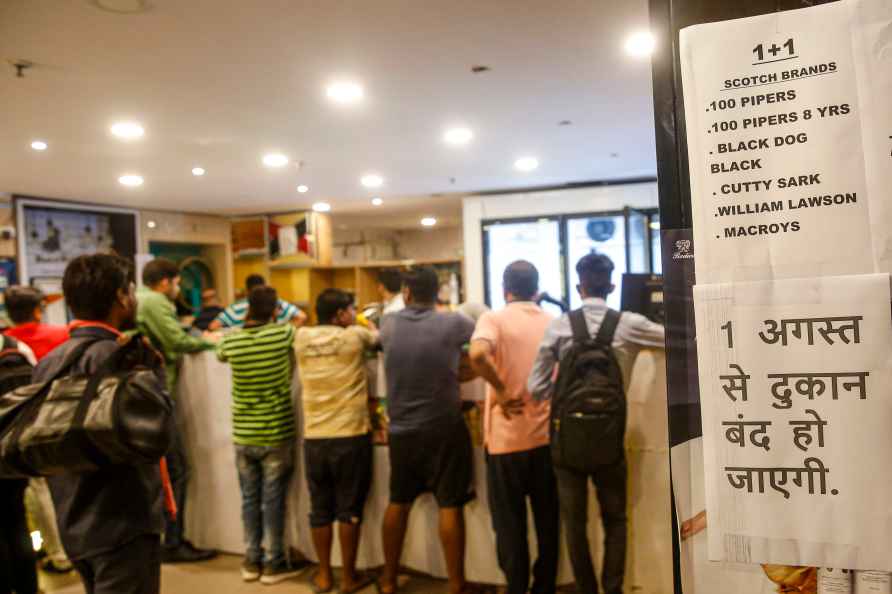 New Delhi, Aug 1 : Private liquor shops in the national capital which were scheduled to shut down from Monday, can now remain open for one month. "The Delhi government has decided to extend existing licences of liquor shops till August 31," said a source on Monday. However, the shops will open only after the Excise Department's order following getting the approval from Lieutenant Governor (L-G) V.K. Saxena. According to the source, the AAP government has sent decision of its Cabinet to extend existing liquor vend licences for one month, up to August 31, to the L-G. "The orders allowing the liquor stores to remain open after July 31 will be issued after the L-G's approval." At least 468 private liquor shops in the city was supposed to shut down from Monday after the expiry of their licences the previous day. Meanwhile, the Delhi government has given an extension of two months to liquor shops with L-3/33 license to operate till September 30. However, it has also decided to return to the old regime of retail liquor sale in the city for six months following the L-G's recommendation for a CBI probe into the implementation of the new excise policy. /IANS

Italy faces continued population decline
Rome, Sep 23 : Italy's population shrank below 60 million for the first time in years in 2021, and there is no indication of a rebound in the foreseea

Israel, US conclude joint naval drill in Red Sea
Jerusalem, Sep 23 : Israel and the US concluded a joint navy drill in the Red Sea to exercise the use of artificial intelligence during naval combat,

Youths march during a demonstration by the Fridays for Future movement, in Freiburg, Germany, Friday, Sept. 23, 2022. Youth activists staged a coordinated ?Äúglobal climate strike?Äů on Friday to high […]

Explosion site, near a mosque, in Kabul,

New telecom bill is likely to be in place in next 6-10 months: Telecom Minister Ashwini Vaishnaw.

New telecom bill is likely to be in place in next 6-10 months: Telecom Minister Ashwini Vaishnaw. […]