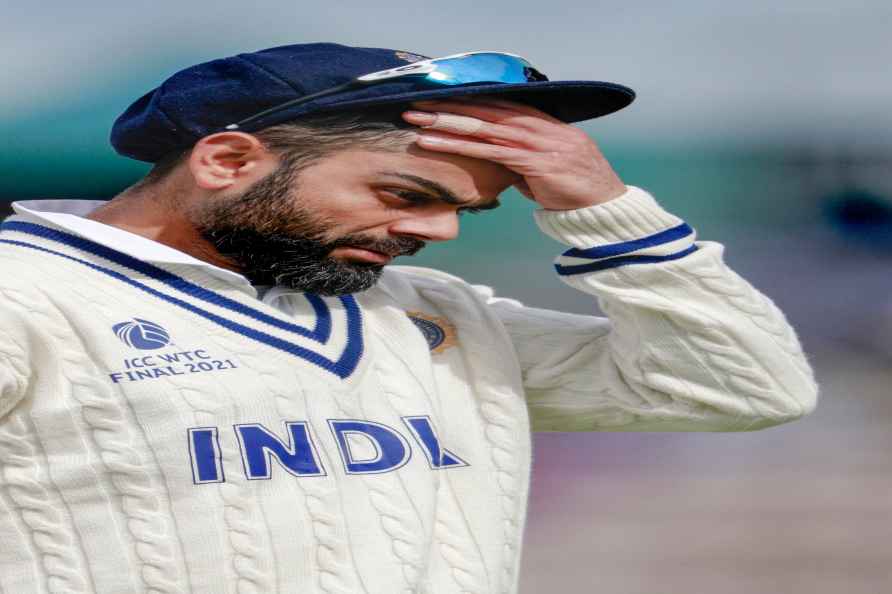 Dubai, July 6 : Arch-rivals Pakistan have got a massive boost in the ICC World Test Championship (WTC) rankings following India's seven-wicket defeat to England in the rescheduled fifth Test at Edgbaston on Tuesday. The five-Test series, which started in 2021, ended with the teams sharing the honours at 2-2 after Joe Root and Jonny Bairstow scored brilliant centuries to defeat the visitors on the final day of the match. India's loss means Pakistan have jumped above India in WTC standings after the former were penalised for slow over-rate in the Test. Apart from the points penalty, India have also been fined 40 per cent of their match fee for the offence during their seven-wicket loss against England in the rescheduled fifth Test. The points penalty means India drop below Pakistan to the fourth spot in the ICC World Test Championship standings. After the penalty, India are on 75 points (point percentage of 52.08), just a shade below Pakistan's PCT of 52.38 per cent, according to ICC. The news comes as a further blow to India, who were defeated by seven wickets in Edgbaston after England chased down a record 378 -- their highest-successful run chase in Test history. Jonny Bairstow led the way with a ton in each innings while Joe Root too smashed an unbeaten 142 in the fourth innings. India missed out on a chance to secure their first Test series victory in England since 2007. According to Article 2.22 of the ICC Code of Conduct for Players and Player Support Personnel, players are fined 20 per cent of their match fee for every over their side fails to bowl in the allotted time. In addition, as per Article 16.11.2 of the ICC World Test Championship (WTC) playing conditions, a side is penalised one point for each over short. Since India fell short by two overs after time allowances were taken into consideration, they were docked two WTC points. David Boon of the Emirates ICC Elite Panel of Match Referees imposed the sanction after on-field umpires Aleem Dar and Richard Kettleborough, third umpire Marais Erasmus and fourth umpire Alex Wharf levelled the charge. The penalty comes as a blow, with India chasing one of the top two spots in the WTC table, which will see the side qualify for the final in 2023. India and New Zealand had played the inaugural World Test Championship final last year with the Black Caps defeating the-then Virat Kohli-led side in England. /IANS

CWG 2022, Cricket: India through to final; defeat England by four runs in a thrilling semifinal
[Birmingham: Nikhat Zareen of India after winning her bout against Stubley S Alfia of England during semifinal match of Women's Lightfly (48-50Kg) box

Tiranga is symbol of unity which brings positivity and prosperity for nation: PM Modi.

Tiranga is symbol of unity which brings positivity and prosperity for nation: PM Modi. […]

[Dhanbad: In this undated photo, accused Rahul Verma and Lakhan Verma. A special CBI court sentenced both of them to life imprisonment in connection with the murder a Dhanbad court judge last year, in […]