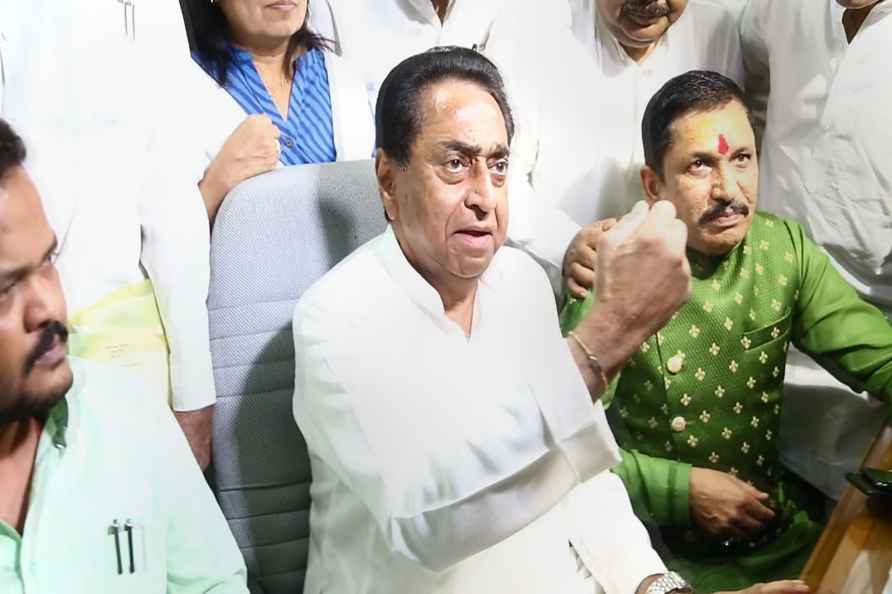 New Delhi, July 5 : The new government in Maharashtra, led by Chief Minister Eknath Shinde and supported by the Bharatiya Janata Party (BJP), won the floor test in the state Assembly on July 4. In the test of strength, while 164 MLAs voted in favour of the confidence motion, 99 legislators voted against it. The Maharashtra Legislative Assembly has 288 members. The new government came to power after the Maharashtra Vikas Aghadi (MVA) government headed by Shiv Sena chief Udhav Thackeray was dislodged because of a major rebellion in the party led by Eknath Shinde. The Congress party and Nationalist Congress Party (NCP) are the coalition partners of MVA. Maharashtra witnessed two weeks of political turmoil since Shinde raised the flag of rebellion against the Thackerays. A large faction of Shiv Sena MLAs jumped the ship and joined the rebel camp. Shinde has been claiming that he has the support of around 40 of 55 Shiv Sena MLAs. Though the fledgling Shinde government has comfortably won the trust vote, NCP chief Sharad Pawar has predicted that the new government will fall within six months and mid-term Assembly elections will be held in the state. CVoter-IndiaTracker conducted a nationwide survey on behalf of IANS to know peoples' views about Pawar's comment and survival of the Shinde government. During the survey, the majority of Indians did not agree with Pawar and 64 per cent of the respondents said that the Shinde government will survive till the next Assembly polls scheduled to be held in the state in 2024. Interestingly, during the survey, while the majority of NDA voters -- 75 per cent --expressed their faith in the survival of Shinde government, a substantial proportion of opposition supporters -- 57 per cent -- also opined that the new government will not collapse within six months, as predicted by Pawar. Notably, the majority of respondents from different social groups said Pawar will be proven wrong as the new Maharashtra government will complete its tenure. During the survey, 75 per cent Upper Caste Hindus (UCH), 66 per cent Scheduled Tribes (ST), 65 per cent Other Backward Classes (OBC) and 64 per cent Scheduled Castes (SC) said that the new ruling dispensation will complete its full term and there will be no mid-term polls in the state. However, during the survey, majority of Muslim respondents -- 73 per cent agreed with the views of Pawar. The survey further revealed that Indians remain divided about the leadership of the real Shiv Sena. During the survey, while respondents were divided in their views, a bigger proportion -- 52 per cent now believes that Shinde is the leader of Shiv Sena, 48 per cent still consider Thackeray as the head of the party. Notably, in the CVoter-IndiaTracker survey, conducted on the issue of leadership of Shiv Sena on June 24, a large proportion of respondents -- 53 per cent -- had opined in favour of Thackeray. In the past ten days, Shinde has emerged from being a Shiv Sena rebel to the new chief minister of Maharashtra, who has won the trust vote. During the survey, while the majority of NDA voters -- 64 per cent -- stated that Shinde is the new chief of the real Shiv Sena, views of opposition voters were divided on the issue. According to the survey data, while the opinion of opposition voters was divided on the issue, a bigger proportion of them -- 55 per cent -- expressed their views in Thackeray. Views of both the urban and rural voters were divided about the Shiv Sena leadership in the changing political scenario. During the survey, while 56 per cent of urban voters expressed their views in favour of Thackeray, 56 per cent rural respondents said that post rebellion Shinde has emerged as the new leader of the party. /IANS

India-Maldives partnership is not only working in interest of citizens of both countries, but also becoming source of stability:PM Modi.

India-Maldives partnership is not only working in interest of citizens of both countries, but also becoming source of stability:PM Modi. […]

Mumbai, Aug 1 : Bollywood superstar Aamir Khan has finally spoken his mind on the "boycott Laal Singh Chaddha" trend on the micro-blogging site Twitter. The film is getting flak on social media for co […]

Despite challenges posed by Covid pandemic, our cooperation is taking form of broad partnership:PM Modi after talks with Maldivian President.

Despite challenges posed by Covid pandemic, our cooperation is taking form of broad partnership:PM Modi after talks with Maldivian President. […]