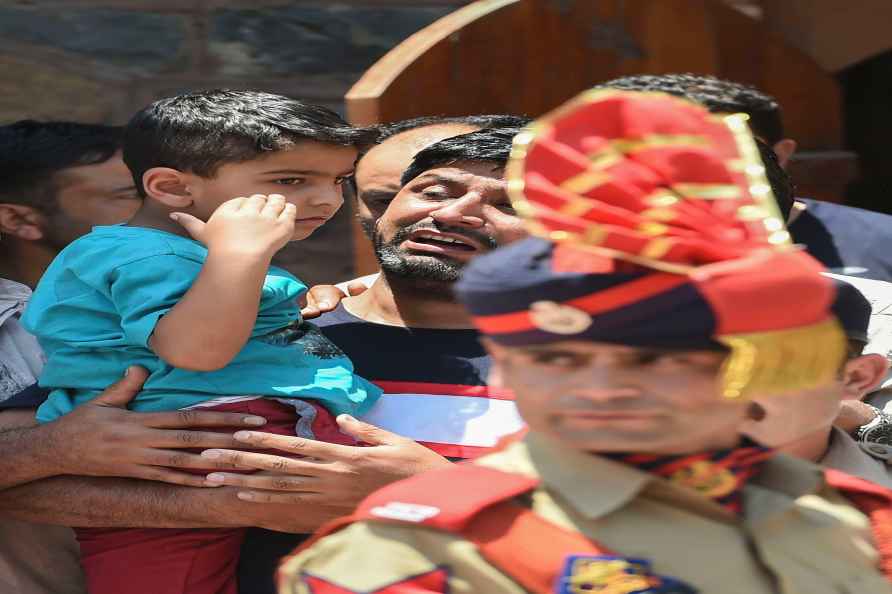 Srinagar, July 3 : A Jammu and Kashmir Police personnel was shot at and injured by militants in J&K's Anantnag Sunday, police said. Militants fired at Firdous Ahmad Bhat in Bijbehara town of Anantnag in the evening, police sources said. "He was shifted to the local hospital for treatment from where he has been referred by attending doctors to army's base hospital in Srinagar," a source said. The area has been cordoned off for searches. /IANS

2 terrorists dead, 5 soldiers injured in J&K gunfight
Jammu, Aug 11 : At least two soldiers were killed and five soldiers injured on Thursday after an attack on an Army installation was foiled in Jammu an