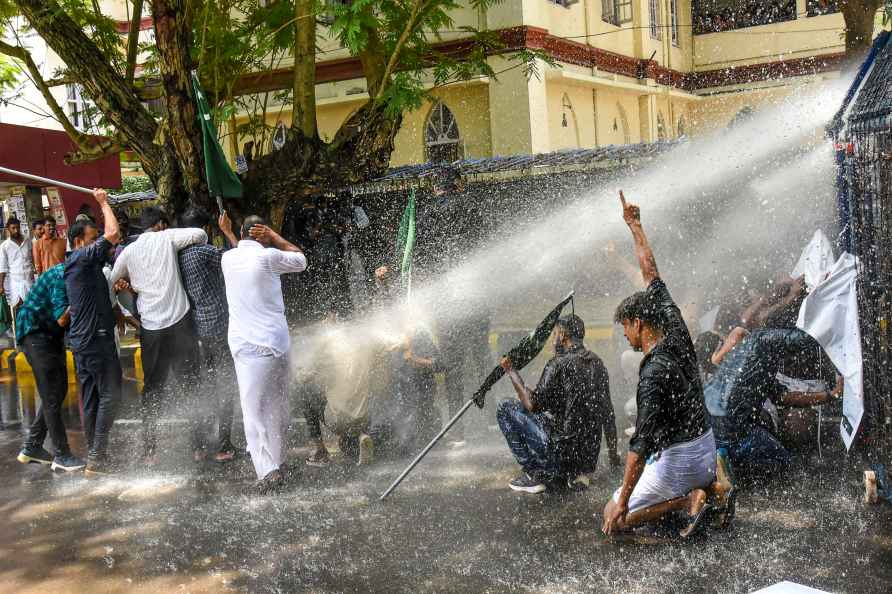 Thiruvananthapuram, July 3 : The gold smuggling case prime accused, Swapna Suresh alleged that she was threatened by a person named Naufal from Perinthalmanna in Malappuram district. She alleged that the man had called her repeatedly and told her to stop making allegations against Chief Minister Pinarayi Vijayan, his daughter Veena Vijayan and Thavanur MLA and former Minister, K.T. Jaleel. She raised the complaint with the Kerala DGP, Anil Kant with the audio clippings of the telephone calls through an email. In the complaint, she alleged that she was told that she would be done away with if she does not stop levelling allegations against the Chief Minister and others. The man also took the name of gangster Maradu Aneesh who was accused in several criminal cases including alleged murder. Naufal had admitted that he had called Swapna but he had no political affiliations. Meanwhile, Mankada police on Sunday took Naufal into custody from his residence. Police sources told IANS that he would be taken to Malappuram Superintendent of Police office and would be interrogated. Swapna Suresh, who is a prime accused in the gold smuggling case involving diplomatic baggage that had rocked Kerala, has now levelled a series of allegations against Chief Minister Pinarayi Vijayan and his family including his daughter Veena and wife Kamala. The allegations of Swapna have led to wide-scale protests against the Chief Minister with the streets of Kerala turning into a battlefield between Youth Congress, Muslim League and Yuva Morcha activists on the one side, and the Kerala police on the other. /IANS

Shooting at US mall, no victims found
Washington, Aug 5 : Police in Bloomington of the US state of Minnesota secured a shopping mall after reports of a shooting inside the premises.

PSG look for Mbappe, Messi and Neymar to click

Berlin, Aug 5 : Christophe Galtier has told Paris Saint-Germain's superstars that a team that defends together can win big together. New head coach Galtier believes squad spirit is contagious, a […]

Thiruvananthapuram, Aug 5 : Four years after the ambitious 'renaissance protection committee' was formed by Chief Minister Pinarayi Vijayan, the panel met for the first time to discuss the way ahead. […]

By B Shrikant Birmingham, Aug 5 : Indian para-powerlifter Sudhir Singh came up with a brilliant effort to claim the gold medal in the men's heavyweight division at the Commonwealth Games here, clai […]

New Delhi, Aug 5 : The multi-million Solana crypto hack, that drained more than 8,000 wallets worth around $8 million, has been linked to accounts tied with the Slope mobile wallet app. Slope Fi […]