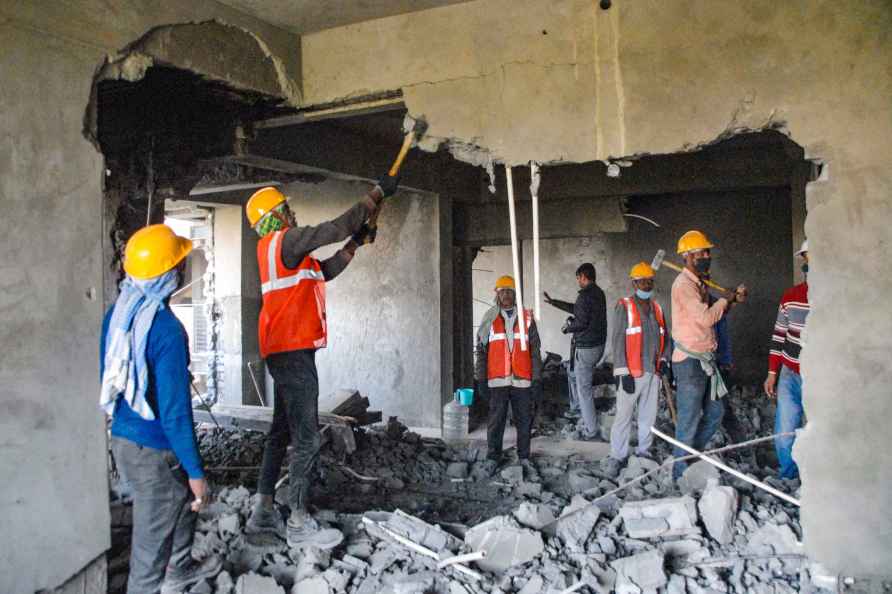 Agra, July 3 : The work on the new terminal building of the Agra airport at Kheria Air Force base, has again been stalled, due to a pending court case. In an RTI filed by lawyer K.C. Jain, this information has been given causing concern in tourism circles. The reply to the RTI said: "A terminal building of area 30,000 sqm to handle 700 passengers in peak hour at construction cost of Rs 398 crore was planned. The scheme is dropped for time being as Environment Clearance could not be obtained due to Court Case." Modification Application has been filed in Honourable Supreme Court of India. The land has been acquired and boundary wall constructed. Work will be re-planned after Environment Clearance is obtained. Jain said this is a serious setback. While smaller cities were getting their airports at a brisk pace, Agra has been denied the facility for unexplained reasons. The Taj city draws over eight million tourists annually. Presently, the Kheria airport of Agra, is being partially used. Only five cities are air connected with Agra, Bangaluru, Bhopal, Lucknow, Mumbai, Ahmedabad. The tourism sector is demanding international connectivity, and more flights to to Goa, Indore, Kolkata and Delhi. The air strip belongs to the Air Force. This causes a lot of inconvenience to passengers. The terminal building being used looks like a roadways bus stand. Some years ago, a project for a bigger international level terminal building was taken up to allow for direct access, without entering the Air Force base station. But construction is held up for more than a year. /IANS