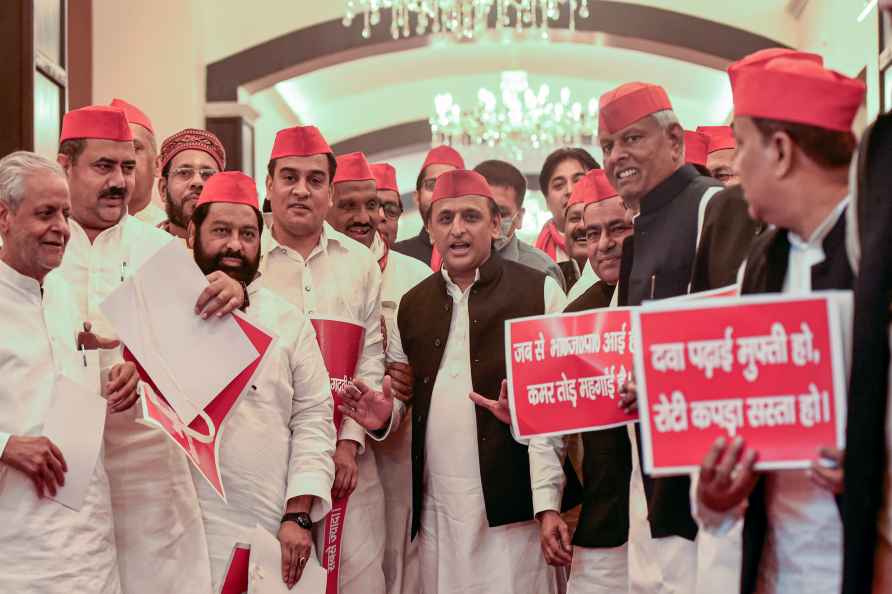 Lucknow, July 3 : Samajwadi Party president Akhilesh Yadav, on Sunday, dissolved all units of the party with the exception of the state president. The state and national party organisations have been dissolved. All frontal organisations, women's wing and cells also stand dissolved. Akhilesh announced his decision on Twitter. The step has been taken after the party's poor performance in assembly elections and then the recent Lok Sabha by-elections where SP lost the two seats it held - Rampur and Azamgarh. State president Naresh Uttam, however, will continue in his post. Party sources said that Akhilesh will soon reconstitute the various party organisations and induct new blood. /IANS

Yoon calls off travel plans amid political turmoil
Seoul, Aug 1 : South Korean President President Yoon Suk-yeol has decided not to travel to provincial regions on a vacation and will instead remain in

Rajsthan: No more mining in areas of religious significance
Jaipur, Aug 1 : The Rajasthan government has banned mining in regions of religious importance in the state. Chief Minister Ashok Gehlot made the