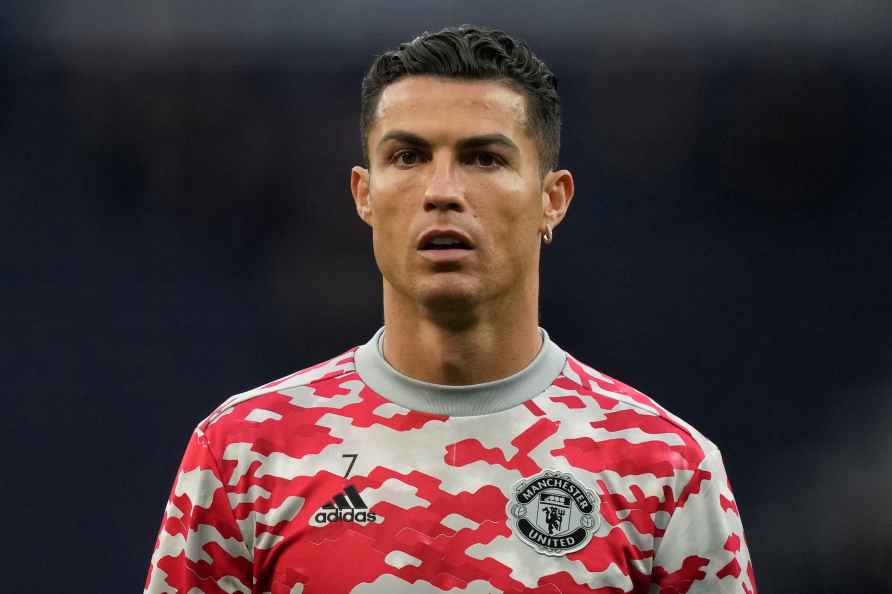 London, July 3 : Cristiano Ronaldo wants to leave Manchester United this summer amid concerns he will be unable to compete for the biggest trophies at the club, but according to a report, the higher authorities at Old Trafford insisted that the forward is not for sale. Earlier, reports surfaced that Manchester United star footballer Cristiano Ronaldo is planning to return back to Juventus after an underwhelming season with Premier League club. The 37-year-old feels the urge to win even more in the twilight of his career, but is understood to feel that may not be possible at Old Trafford next season. But while Ronaldo is keen to leave, United have taken the stance that he is not for sale and expect him to see out the remainder of his contract, which expires in the summer of 2023. The 2021/22 campaign was the fifth in succession in which Manchester United failed to win a trophy. According to a skysports report, Ronaldo is also understood to be concerned that United are yet to make any improvements to the squad in the current transfer window. Thirteen players have left the club this summer but none have yet arrived. Ronaldo respects United a lot - especially the fans - and is said to be "in love" with the club, but this coming season will be the first in his career in which he will not play Champions League football if he stays at Old Trafford. The Portugal international has never played in the Europa League - which United will be in next season - and last played in its predecessor, the UEFA Cup when he was at Sporting Lisbon in the 2002/03 season. United are close to deals for Barcelona midfielder Frenkie de Jong and Feyenoord left-back Tyrell Malacia, while they also want to sign Ajax centre-back Lisandro Martinez. Ronaldo re-joined for United last August in a deal worth just under £20m from Juventus and scored 24 goals in 38 games, but at times he cut a frustrated figure as the team faltered under Ole Gunnar Solskjaer and then Ralf Rangnick to finish sixth. Earlier, Ronaldo's manager Jorge Mendis had already made a move and offered the 37-year-old striker's service to Juventus. An AS.com report suggests that Ronaldo's manager has offered the footballer to the Italian giants. It has been learned that Juventus have not totally ruled out having star footballer in their side, although there is some doubt over whether they would be able to complete a deal. /IANS

AS Monaco sign midfielder Camara from Salzburg on five-year deal

Monaco, Aug 14 : The French football club AS Monaco on Sunday signed midfielder Mohamed Camara from Austrian club Salzburg on a five-year deal, which will keep him with the side until June 2027. […]