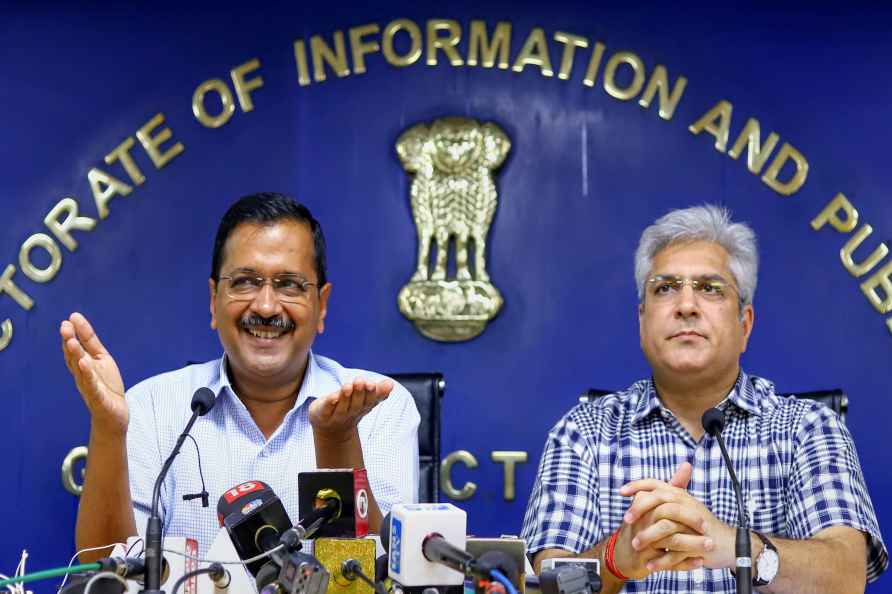 New Delhi, July 1 : Delhi Chief Minister Arvind Kejriwal announced on June 29 that his government will buy 1,950 new buses in an effort to improve public transport in the national capital. Kejriwal also said that his government has issued fresh tenders to procure 4,880 more buses. The Delhi Chief Minister further said that after the addition of new buses and replacement of old buses, Delhi will have a fleet of 12,000 by 2024. The Kejriwal government had made a similar announcement in 2015. The AAP government had promised in 2015 that 10,000 buses will be added by 2020 in the national capital. However, nothing happened on this front. Currently, Delhi has a fleet of around 7,200 buses. Of this fleet, the Delhi Transport Corporation (DTC) runs 3,900 buses and 3,300 buses are operated by the privately run cluster bus service. CVoter-IndiaTracker conducted a nationwide survey on behalf of IANS to know people's views about the ability of the Kejriwal government to deliver on its promise this time. During the survey, majority of the respondents said that the Delhi government will fail to keep its promise this time as well. According to the survey data, 62 per cent of the respondents believe that Kejriwal will not be able to add new buses on Delhi roads as promised in his recent announcement and increase the fleet to 12,000 buses in the national capital by 2024. During the survey, while majority of NDA voters -- 73 per cent said that it is just another big announcement and the Kejriwal government will not fulfill its promise, opinion of opposition voters was divided on the issue. According to the survey data, while 47 per cent of opposition voters opined that AAP government will deliver on its promise this time on increasing the number of buses in the national capital, 53 per cent of the opposition voters did not share the sentiment. Interestingly, during the survey, the majority of both the urban and rural voters opined that the AAP government will fail to deliver on its promise. As per the survey data, 60 per cent urban voters and 63 per cent rural voters said that the Kejriwal government will not be able to add 400 new buses to the current fleet of buses in the national capital by 2024. /IANS

A woman reacts to a police announcement aired using loudspeakers...