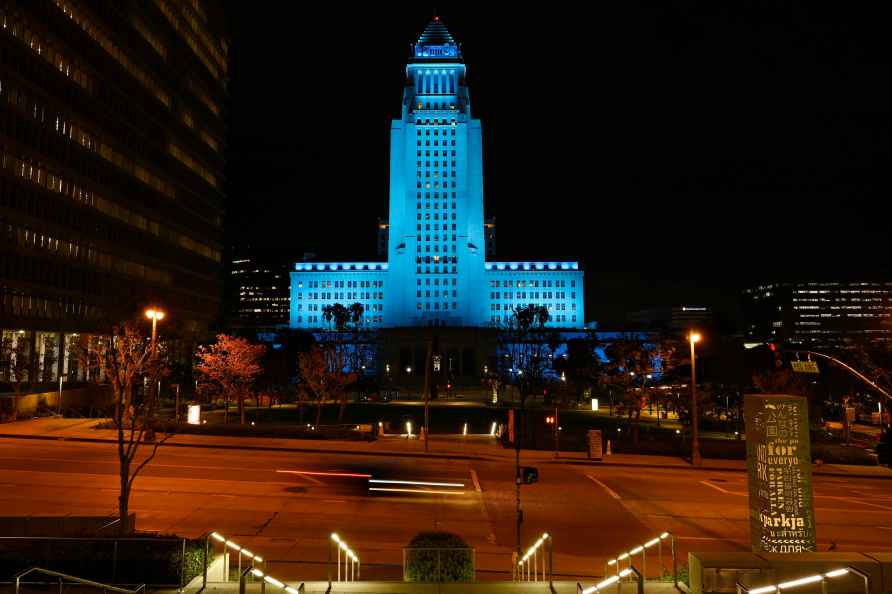 Los Angeles, July 1 : Actor Ezra Miller, who is known for playing the DC superhero the Flash in several films for Warner Bros. -- was set to start filming the studio's latest entry in the 'Harry Potter' franchise, 'Fantastic Beasts: The Secrets of Dumbledore' in London when the shoot was halted on March 15, 2020, due to Covid-19. In the following weeks, Miller, who identifies as nonbinary and uses "they/them" pronouns, became a regular at bars in Iceland's capital, ReykjavûÙk, where locals came to know and even befriend them. They then started showing a different, volatile side to their personality ô? one that began to concern Icelanders. Miller had many altercations at the bar one of which includes the assault of a young woman at the bar, reports 'Variety'. Soon after the incident, 'Variety' spoke with the woman Miller assaulted; she recently confirmed that her comments could be printed for this article. She asked to remain anonymous out of concern for her privacy, as she's telling her story publicly for the first time. In the blurry video, Miller is seen confronting the woman -- who is smiling and waving her arms as she walks toward them -- and asking, "Do you want to fight? Is that what you do?" After Miller grabs her neck, she lets out an audible gasp. The person filming the video stopped to intervene, 'Variety' has confirmed. According to three sources, the woman had been speaking to Miller at the bar prior to the quarrel. She said she had enquired about the actor's feet -- visible in flip-flops -- after noticing some wounds, which Miller explained were battle scars from a fight. After discussing how they got them, she began to walk away, but turned around and joked, "But just so you know, I could take you in a fight." Miller replied, "You really want to fight?" and the woman told them to meet her in the smoking area in two minutes. Another woman named Nadia alleged in an interview with 'Variety' that after a warm, two-year friendship with Miller, mostly via text message, the actor came to her Berlin apartment late one evening in February 2022 at her invitation. They hadn't seen each other since they had a consensual sexual encounter in 2020. But after a friendly interaction, Miller's mood sharply turned when she told them that they couldn't smoke inside her home. "That just set them off," Nadia said. "I asked them to leave about 20 times, maybe more. They started insulting me. I'm a "transphobic piece of shit." I'm a "Nazi." It became so, so stressful for me. They were going around my house, looking at everything, touching everything, spreading tobacco leaves on the floor. It felt disgusting and very intrusive." Then in June, a 'Rolling Stone' story alleged that Miller has been housing a mother and her three young children at their Vermont farm amid unsafe living conditions, with unsecured guns scattered around the expansive property. /IANS

Chennai, Aug 13 : Several government hospitals in Tamil Nadu are under the grip of an acute shortage of medicines affecting the services. The government medical college hospitals are now functio […]

Free entry in monuments till Aug. 15

Jaipur: People visit the historical Jantar Mantar after the Rajasthan government made entry into all monuments and museums free from Aug. 13 to 15 as part of 'Azadi Ka Amrit Mahotsav' celebrations, in […]