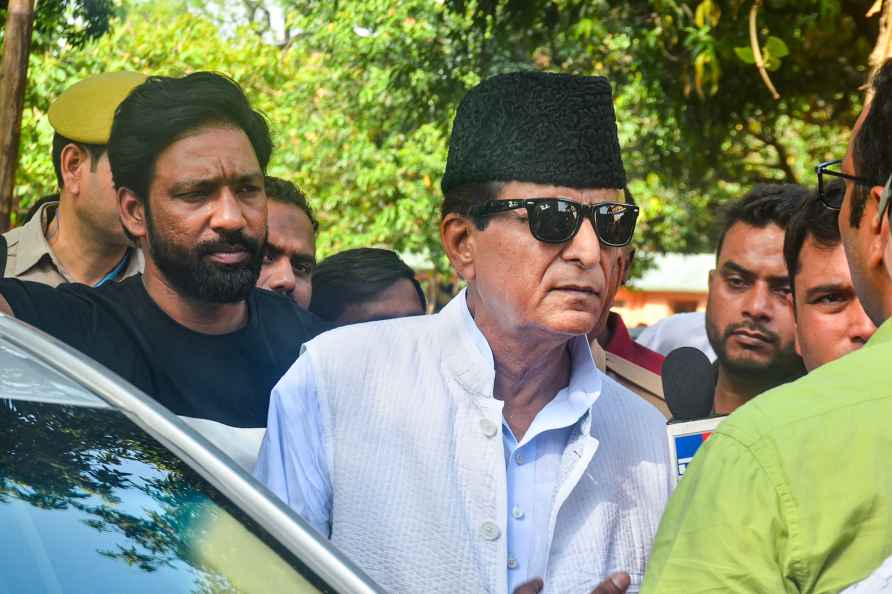 Lucknow, June 26 : In a fiercely contested election for the Lok Sabha bypolls, the Samajwadi Party is now trailing both in Rampur and Azamgarh. After five hours of counting, the BJP has pulled ahead of SP, which initially led both the constituencies. Rampur and Azamgarh have been SP strongholds and while the Azamgarh seat was vacated by Akhilesh Yadav, who won the state Assembly elections, the Rampur seat was similarly vacated by Mohd Azam Khan. In Azamgarh, the Bahujan Samaj Party (BSP) candidate, Shah Alam a.k.a. Guddu Jamali, had already amassed over 1 lakh votes, which has impacted Samajwadi Party's Dharmendra Yadav. Jamali is trailing at third position. The two constituencies voted on June 23, with Azamgarh recording a turnout of 49.43 per cent and Rampur 41.39 per cent. In Rampur, the BJP had fielded Ghanshyam Singh Lodhi, who recently joined the party. Asim Raja, handpicked by Azam Khan, is the Samajwadi Party candidate. The Mayawati-led Bahujan Samaj Party (BSP) did not contest from the Rampur seat. /IANS