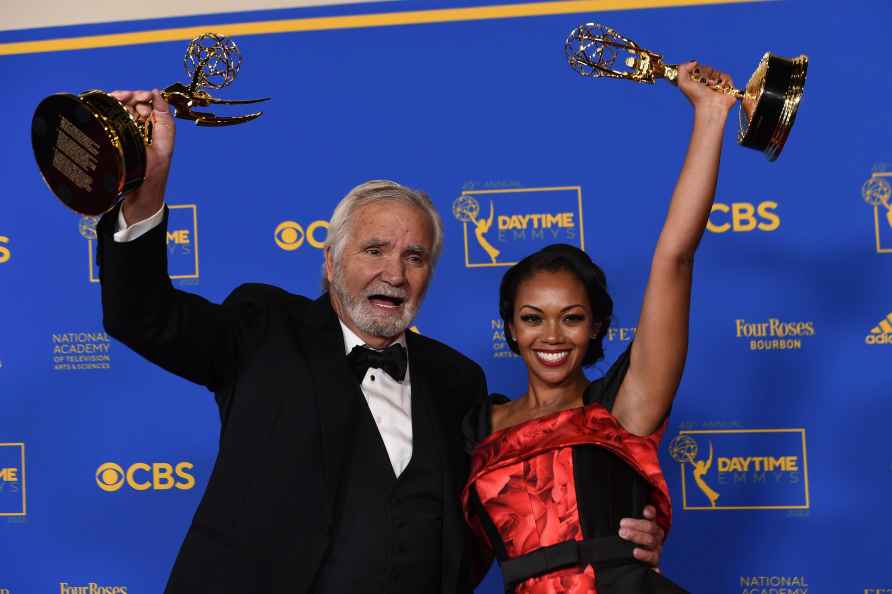 Los Angeles, June 25 : Filmmaker Baz Luhrmann 'Elvis' has divided critics after its debut. The biopic of Elvis Presley received mixed reviews with many calling it a "shameless comic-book biopic" despite receiving a 12-minute standing ovation at the Cannes Film Festival. In one of the more disparaging reviews, film critic Armond White for the National Review called the movie a "shameless comic-book biopic." Armond added that "(Baz) Luhrmann's style jumps from one exaggeration to another, zipping through poor-white class issues, past the European-based Army stint and the legendary acquisitive status," reports aceshowbiz.com. In a review for Empire Magazine, Olly Richards writes that Baz "races through the life of Elvis Presley." Olly further called it "one hell of a ride, but sometimes it's moving too fast for his audience to get more than a passing look at his characters." Olly continued, "Trying to squeeze in so much, even over a 159-minute running time, it's not surprising that much of it feels rushed." However, Olly praised lead star Austin Butler, crediting him for "saving" the movie. "Austin Butler is sensational as Presley. He convinces at every age, from teen to 42," he noted. Kyle Smith for the Wall Street Journal criticised Baz's famously bombastic filmmaking style, writing, "The editing is like a kaleidoscope fed through a food processor, the camera has less ability to sit still than a 4-year-old stuffed with birthday cake, and both lead actors veer into camp." Kyle later shared his opinions on Tom Hanks' performance saying, 'As 'Colonel' Tom Parker, Presley's sleazy manager, Tom Hanks looks like he's playing the Penguin in 'The Batman' movie and is so loathsome that it's inconceivable that anyone would allow him to manage a Woolworth's, let alone a superstar." "As Presley, Austin Butler pours far too much energy into looking smoldering. I kept thinking of Ben Stiller's 'Zoolander' doing his aggressively moronic 'Blue Steel' stare," Kyle added. "These aren't portrayals; they're caricatures." However, film critic Peter Travers was far more positive, calling Austin an "electrifying new star." Peter opined, "Nothing puts Austin in the shade, not even the glittering brilliance of the costumes and production design by Catherine Martin, Baz's wife," adding that he "seizes the role of his career in 'Elvis' and rides it to glory." "Baz Luhrmann's bejewelled battering ram of a biopic is all over the place, which can be distracting, but the grit and grace of Austin Butler's performance as The King is a thing of beauty. A star is born right here," Peter highlighted. Kristy Puchko from Mashable said that Tom led audiences down a "dark and confounding path" in the role. She also described Tom's voiceover in the movie as "grating" and calls him "insufferable" as Elvis' unreliable narrator. "(Tom) Hanks's folksy charms are swallowed by a clumsy fat suit, prosthetic jowls, and a dizzyingly marble-mouthed accent," she explained, "The actual Colonel sounded nothing like what Hanks is doing here, making this bouncy collision of - let's say Southern American and Dutch - all the more inexplicable." /IANS

'Saw' franchise returns with 10th instalment
Los Angeles, Aug 16 : Connoisseurs of the horror franchise 'Saw' now have a reason to rejoice. A new 'Saw' movie has been set to arrive in theatres ne