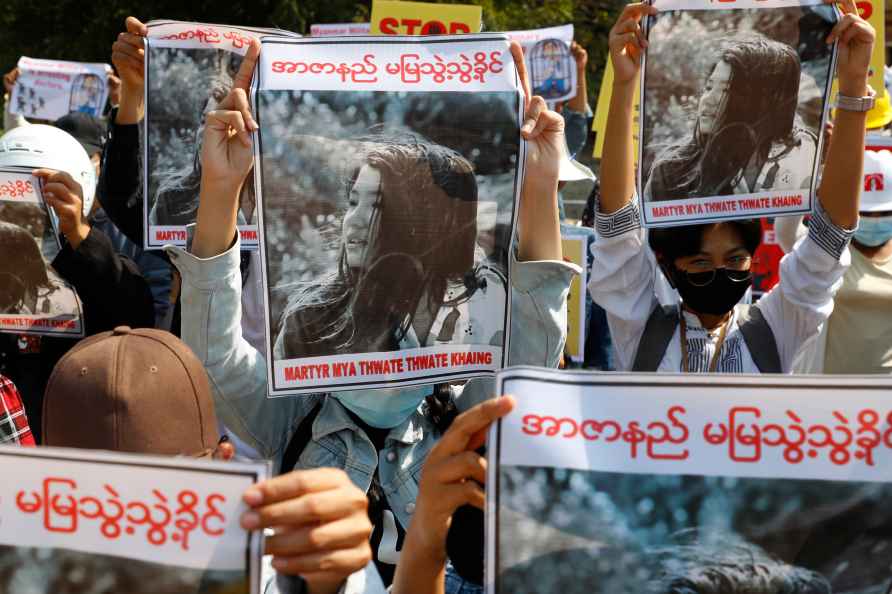 Gurugram, June 25 : A 22-year-old woman was injured when she was shot at by a jilted lover in IMT Manesar area of Gurugram on Saturday morning, police said. The woman had a narrow escape as the bullet grazed her shoulder. The victim has been identified as Radhika, 20, a resident of Ghaziabad while the man has also been identified but his name is yet to be disclosed. According to the police, the incident took place at around 9 a.m. in IMT Manesar police station jurisdiction area. The woman was on her way to work on Saturday morning when the man on a motorcycle intercepted and fired at her from close range. The accused after committing the crime robbed the bike of a bystander and fled the spot leaving his own bike behind on the spot. "Initial investigation suggests it could be a case of a love affair as the duo belongs to Uttar Pradesh and were classmates. At present they were working in the same company," a police officer privy to the matter said. "Following information, a police team reached the spot and took the injured woman to a private hospital for further treatment. The condition of the woman is said to be out of danger. Her statement would be recorded soon," Subhash Boken, spokesperson of the Gurugram police said. /IANS

Despite Gujarat govt's intervention in edible oil market, no relief in prices to consumers

Ahmedabad, Aug 9 : Last week the Gujarat government announced that it will provide groundnut oil of one liter pack at Rs 100, at 50 per cent subsidised rates. Yet, the prices of edible oil are seeing […]

Canberra, Aug 9 : The Reserve Bank of Australia (RBA) on announced that it has embarked on a project to explore the potential uses for a federally backed digital currency. The RBA said that, in […]

Arun Vijay: Would be great to work with Shraddha Kappor in 'Yaanai' remake