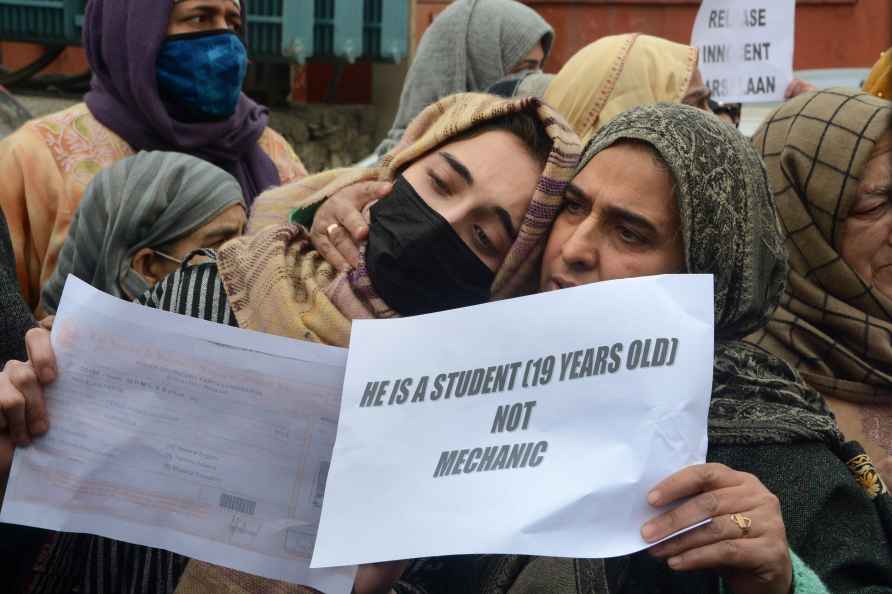 Srinagar, June 20 : The National Investigation Agency (NIA) said it arrested four overground workers (OGWs) of Jaish-e-Muhammad (JeM) terror outfit during raids in J&K's Pulwama district on Monday. The agency, in a statement, said that raids and arrests were made in connection with a case of firing on a CRPF team by militants in Chewa Kalan village of Pulwama. "NIA conducted searches at seven locations in Pulwama district and arrested four accused in the case (RC-02/2022/NIA/JMU). "The case relates to the militant activities of JeM in south Kashmir, during which two militants were killed by security forces in a gun battle at Chewa Kalan, Pulwama, J&K on March 11, 2022. The killed militants were later identified as Aquib Mushtaq Bhat of Pulwama and Kamal Bhai of Pakistan. The case was originally registered at PS, Pulwama under FIR no 50/2022 dated March 11 and was subsequently taken over by NIA on April 8. The NIA said that searches, a large quantity of incriminating materials were seized, and based on these searches, four accused, namely Sahil Ahmed Khan alias Sohail, son of Feroz Ahmed Khan, Jahangir Ahmed Dar, son of Nazir Ahmed Dar, both residents of Gudoora, Pulwama, Shahid Ahmed Shergojri, son of Mohammad Ramzan Shergozri of Ugragund, Pulwama and Inayat Gulzar Bhat, son of Gulzar Ahmed Bhat of Pinglena have been arrested. "These four accused had harboured JeM militants active in south Kashmir and arranged transportation and logistics for them. "They are also involved in radicalising impressionable local youth and motivating them to join militant groups," the statement said. /IANS

Terrorist killed, 2 army jawans, cop injured in Baramulla encounter
Srinagar, July 30 : A terrorist was killed and two soldiers and a policeman were injured in an encounter between terrorists and security forces in Jam