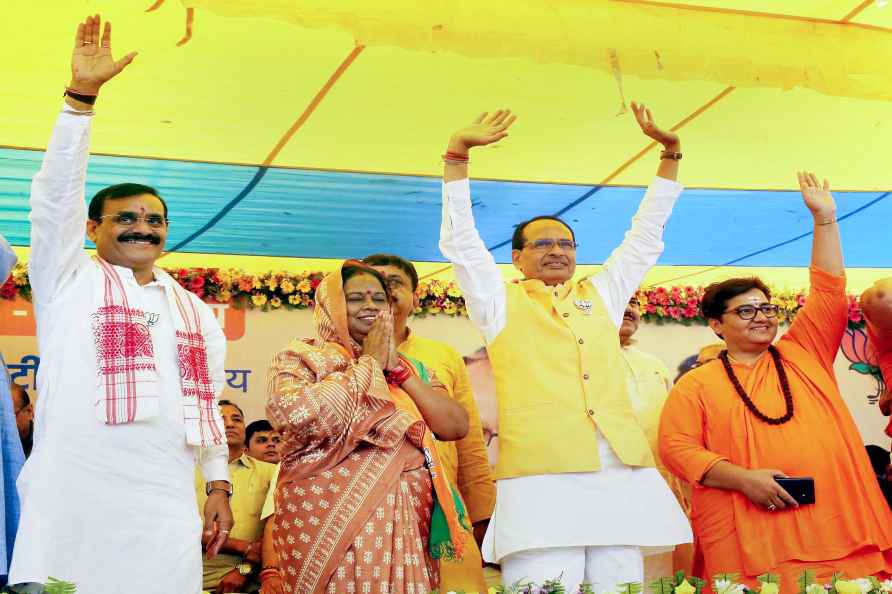 Patna, June 20 : BJP MLA Hari Bhushan Thakur on Monday said that those who are protesting against the Agnipath scheme are Jihadis. They have nothing to do with patriotism. "Those protesting against the Agnipath scheme are jihadis or they are those with vested interest. Those who want to serve the nation are very happy with the scheme. This is not a job but a service to the nation. People have to sacrifice their lives for it," Thakur said. "I want to say that this is not a job for those who want privilege and luxury in the defence forces. If you are pursuing BA course, you get degree in 6 years in some universities due to delayed session. Here, we are giving an opportunity to the youth to serve the nation for 4 years with salary, retirement funds and post retirement jobs in other sectors and paramilitary forces," the BJP MLA from Bipsi in Madhubani district said. "The violence which is taking place is planned. Without planning such a large scale violence cannot take place. You're setting the train on fire, attacking BJP leaders. I must say some people are misleading the youth of the country," Thakur said. Rebutting Thakur, RJD leader Shakti Singh Yadav said: "As the youth are not satisfied with the Agnipath scheme, Prime Minister Narendra Modi should communicate with them. At present, neither Kisan (farmers) nor Jawan (defence personnel) are pleased with this government. Do they want to divide the country?" Meanwhile, protests continue for the fifth day in Bihar as several groups came on the streets during Bihar Bandh in Patna and Arwal districts and protested against the scheme on Monday. In Patna, a large number of youth under the umbrella of AISA protested at Kargil Chowk. In Arwal, CPI(ML) leaders and supporters, holding posters and banners in hand, shouted slogans against the central government. The state administration is closely monitoring every vulnerable place of all 38 districts of Bihar on Bharat bandh. The security forces carried out flag marches in the disturbed areas, police and para military forces have been deployed on railway stations in large numbers. The administration is using drone cameras to keep tabs on anti-social elements, officials said. /IANS

UN chief to begin Asia trip
United Nations, Aug 3 : UN Secretary-General Antonio Guterres will start his Asia trip that will bring him to Japan, Mongolia and South Korea, his spo

Jerusalem, Aug 3 : Israel has approved a plan to allow Palestinian passengers to use Ramon International Airport in southern Israel, a local news site reported. The first charter flight for Pale […]