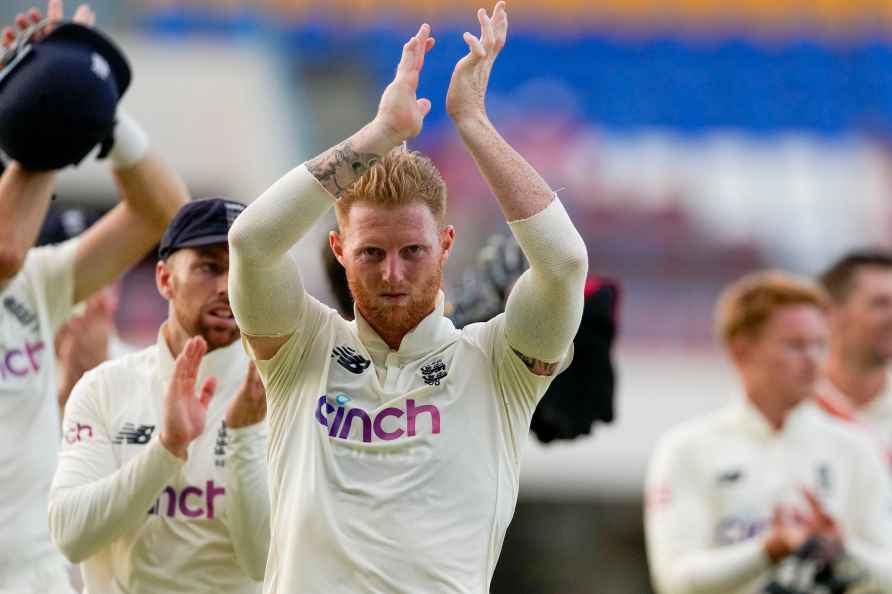 North Sound (Antigua), June 20 : After defeating Bangladesh by seven wickets in Antigua, head coach Phil Simmons now wants his side to be unbeaten in remaining Test matches scheduled this year. In 2022, West Indies have been a force to reckon with at home, defeating England 1-0 in a three-match series this year. The win over Bangladesh means that West Indies are yet to be defeated in Test cricket this year. "We started 2021 in the same way. We won two in Bangladesh, and drew two against Sri Lanka. It is about how we go forward from here. I want us to be unbeaten in all the remaining four-five Tests in this year. That would be good for me." "It's just that guys are getting confident in what they are doing. It makes your job and role easier the more confidence you have. It has happened especially after winning the series against England not too long ago. The confidence is there and it showed," said Simmons in a video by Cricket West Indies (CWI). Simmons then lavished praise on captain Kraigg Brathwaite, who struck a match-winning 94 against Bangladesh, saying that the opener is getting better with every Test match as a batter and leader. "There is not much to tell about his batting as everyone has seen his determination. Also, his unique style. He doesn't have a problem doing his job for five days. It is unique because a lot of batsmen nowadays like to play shots and be done with it. "From his point of view, he wants to be there for the team. That rolls into the captaincy. He is not loud but the players know what he wants. He makes them understand in his unique way like this is what I want from you. He seems to be growing in the role." Simmons was in awe of senior pacer Kemar Roach's impact in West Indies winning at Antigua, especially on equalling pace great Michael Holding's tally of 249 Test wickets with figures of 2/21 and 5/53 in both innings. "He's just excellent. He has taken things to the next level. He is now tied with Mikey (Holding) in wickets. But in the dressing room he is always leading the youngsters and lets them know what needs to be done to get to where he is right now. He has played 70 Tests, so he is educating them off the field as much as on the field. It is great to have him in the dressing room." Simmons signed off by expecting that opener John Campbell carries the confidence of rescuing West Indies from 9/3 to chase 84 with an unbeaten 58. "I think it was really important (for Campbell). He has had good starts in most of the games but failed to get past that 30-40 mark. The fifty and being not out must give him some kind of confidence to get that big score, hopefully in the next Test match." /IANS

Ngidi, Jansen and Nortje can make up for the absence of Olivier: Bavuma
[South Africa's Kagiso Rabada celebrates taking the wicket of England's Zak Crawley during the first day of the test match between England and South A