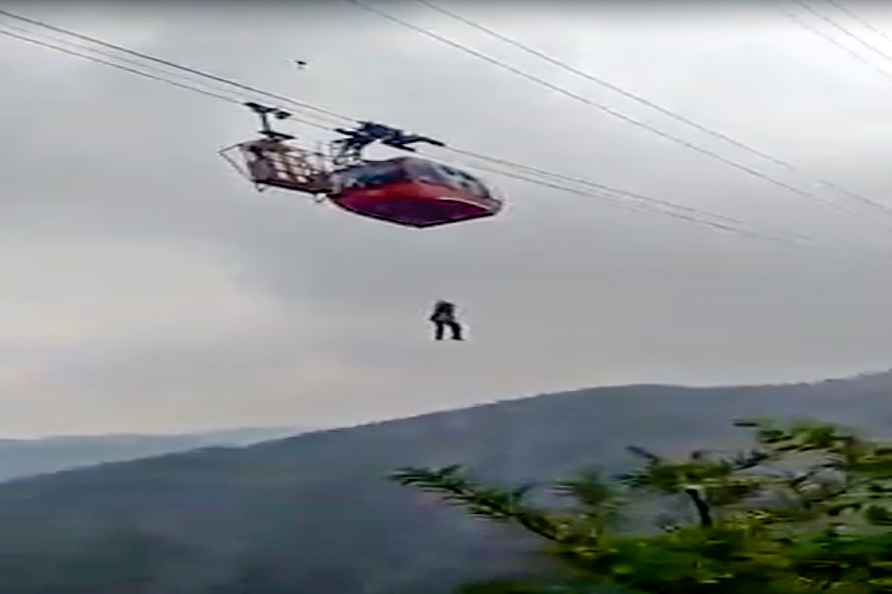 [**EDS: VIDEO GRAB** Parwanoo: Rescue operation underway after a cable-car with tourists got stuck mid-air, at Parwanoo Timber Trail in Himachal Pradesh's Solan district, Monday, June 20, 2022. While 2 people have been rescued, 9 are still stranded, according to officials. ( /PTI] Parwanoo, June 20 : Eight tourists, including women, were stuck in a cable car near this Himachal Pradesh town on Monday following a technical snag, police said. The cable car of resort Timber Trail, located on the Chandigarh-Shimla national highway, in Solan district is stranded mid-air for over an hour. Officials told IANS that a rescue operation is underway and there is a possibility of summoning the Indian Army for rescuing the tourists, who shared videos of the incident with their family members. Two of the tourists have been rescued by hanging a rope, an official added. Legislator Dhani Ram Shandil told the media that the rescue operation is underway. /IANS