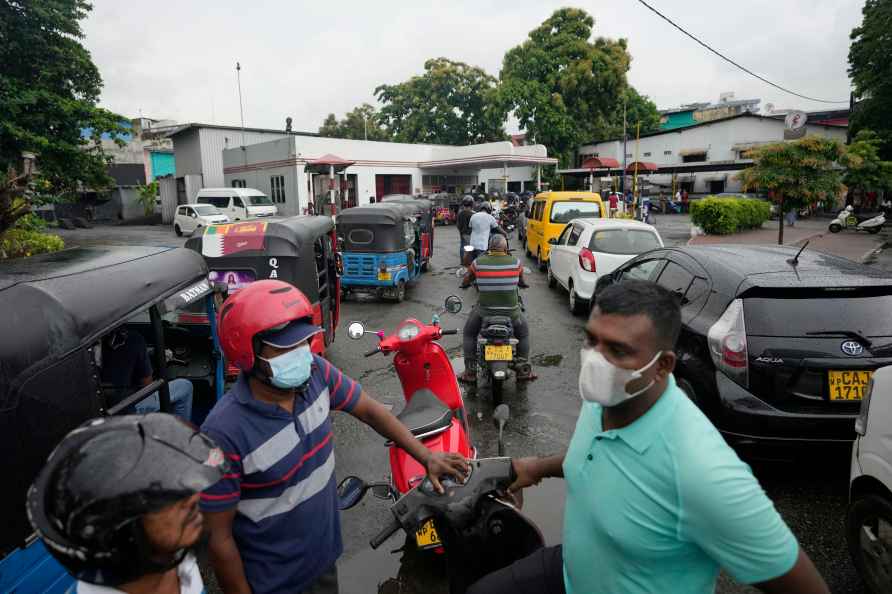 Colombo, June 19 : Sri Lanka's Minister of Power and Energy Kanchana Wijesekera said on Sunday that they have reached out to several Russian crude oil suppliers in an effort to solve the island nation's energy crisis. Wijesekera said that they are trying to obtain Russian crude oil on credit to keep the country's only oil refinery running, reports Xinhua news agency. The Minister said that Sri Lanka's oil bill has risen to $550 million a month by June 2022. He added that Sri Lanka now owes oil firms $730 million for oil imported on credit, and these companies will now only supply fuel after upfront payments or deposits. Sri Lanka has suffered crippling fuel shortages since February as a foreign exchange crisis worsened in the South Asian country. The country's state-owned fuel distributor Ceylon Petroleum Corporation said it only has 5,000 metric tonnes of petrol and thus only 500 metric tonnes will be released to gas stations each day. The country currently needs at least $5 billion over the next six months to pay for basic essential items such as food, fuel and fertiliser. /IANS

Oppn demands to know if Pak airspace used for drone strike that killed Zawahiri
Islamabad, Aug 6 : PTI leader Fawad Chaudhry on Saturday said that the "question" was not about Pakistans soil being used in the US drone attack that

Bangladesh hikes fuel prices to highest in history
Dhaka, Aug 6 : Bangladesh's retail fuel prices have been hiked to levels not seen since the country's independence in 1971. The Bangladeshi gove