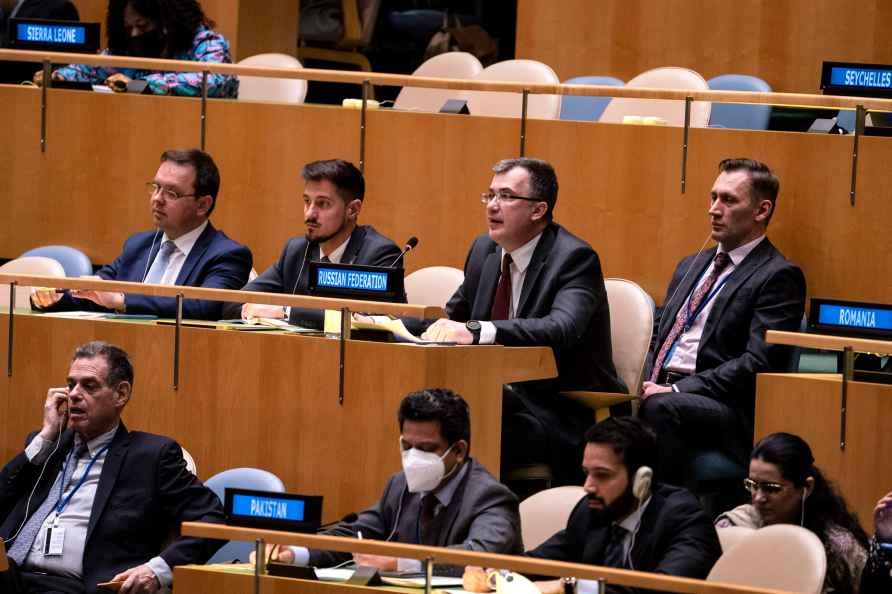 United Nations, June 19 : UN Secretary-General Antonio Guterres has warned against the stigma and discrimination fanned by the Internet and social media. "The internet and social media have turbocharged hate speech, enabling it to spread like wildfire across borders," the UN chief said in his message for the International Day for Countering Hate Speech, which was marked the first time since the General Assembly adopted a related resolution last year. "The spread of hate speech against minorities during the Covid-19 pandemic provides further evidence that many societies are highly vulnerable to the stigma, discrimination and conspiracies it promotes," the Secretary-General noted. Guterres underlined that "hate speech incites violence, undermines diversity and social cohesion, and threatens the common values and principles that bind us together". "It promotes racism, xenophobia and misogyny; it dehumanizes individuals and communities; and it has a serious impact on our efforts to promote peace and security, human rights, and sustainable development," he said. "Words can be weaponiSed and cause physical harm and the escalation from hate speech to violence has played a significant role in the most horrific and tragic crimes of the modern age, from the antisemitism driving the Holocaust, to the 1994 genocide against the Tutsi in Rwanda. "In response to this growing threat, three years ago, I launched the United Nations Strategy and Plan of Action on Hate Speech. This provides a framework for our support to member states to counter this scourge while respecting freedom of expression and opinion, in collaboration with civil society, the media, technology companies and social media platforms," said the UN chief. He warned that hate speech is a danger to everyone and fighting it is a job for everyone. "This first International Day to Counter Hate Speech is a call to action. Let us recommit to doing everything in our power to prevent and end hate speech by promoting respect for diversity and inclusivity," he added. In July 2021, the UN General Assembly highlighted global concerns over "the exponential spread and proliferation of hate speech" around the world and adopted a resolution on "promoting inter-religious and intercultural dialogue and tolerance in countering hate speech". The resolution recognizes the need to counter discrimination, xenophobia and hate speech and calls on all relevant actors, including states, to increase their efforts to address this phenomenon, in line with international human rights law. It proclaimed June 18 as the International Day for Countering Hate Speech. /IANS

After liquor, Delhi govt, LG lock horns over dirty water supply to Montenegro consulate
New Delhi, Aug 6 : Amid the ongoing standoff over the contentious liquor policy, a new issue has cropped up between the Delhi government and the LG af

New Delhi, Aug 6 : Over 900 data layers of various Central Ministries and Departments have been uploaded on the PM GatiShakti National Master Plan (NMP), as per the ministry of Commerce and Industry. […]