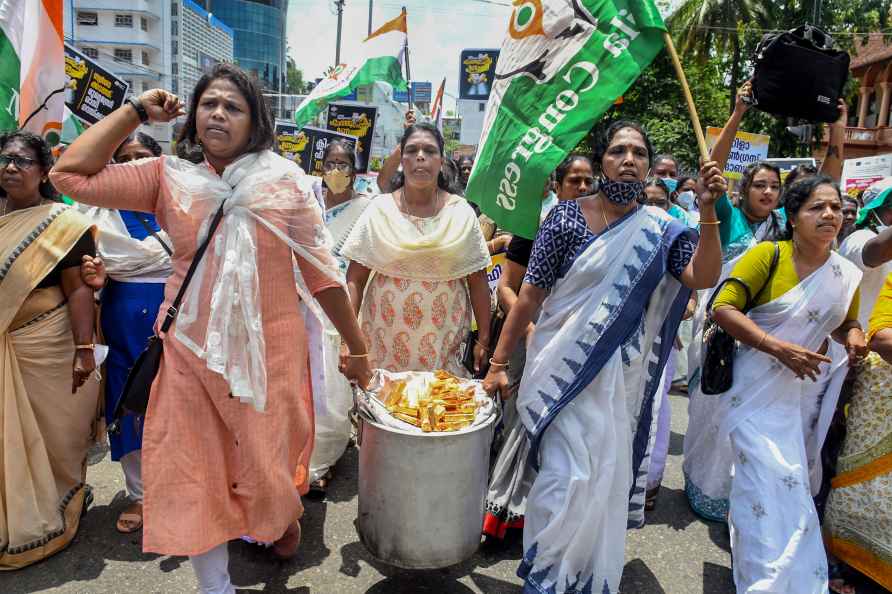 Thiruvananthapuram, June 18 : The Kochi unit of the Enforcement Directorate (ED) has sent a notice to gold smuggling case main accused Swapna Suresh, to appear before it on June 22. Swapna had deposed before the magistrate court under Section 164 of the CrPC and had come out in the media that the Chief Minister and his family including his wife and daughter were involved in the smuggling racket. She had given a secret statement before the court under Section 164 which was accessed by the Enforcement Directorate. The ED has now served notice to Swapna Suresh on the basis of this 27-page statement. The ED studied the statement in detail and directed the Kochi unit to conduct further investigation on her deposition. The ED has also petitioned the District Court for the two statements Swapna Suresh had given to the Customs department in two other cases. In the statement under 164, Swapna Suresh had submitted before the magistrate that the Chief Minister of Kerala Pinarayi Vijayan, his wife Kamala, his daughter Veena, his Private secretary C.M. Raveendran, his former Principal Secretary, Shivshankar IAS, and his former Principal Secretary, Nalini Netto IAS (rtd) were involved in the gold smuggling racket that had rocked Kerala. The opposition Congress and the BJP are on the streets demanding the resignation of the Chief Minister. /IANS

RS adjourned till 2 pm amid Oppn ruckus over Raut's arrest, other issues
New Delhi, Aug 1 : The Rajya Sabha proceedings were adjourned twice, second time till 2 p.m. on Monday after the opposition created a ruckus over arre

Kanpur, Aug 1 : The Florets School in Kanpur has landed in controversy after students were allegedly made to recite the 'Kalma' as part of the morning prayers. Parents and some Hindu outfits sta […]

With Bengal Cabinet reshuffle on Wednesday, some ministers to lose berths: Mamata

Kolkata, Aug 1 : A major reshuffle of the West Bengal Cabinet will be initiated on Wednesday, in which a number of heavyweight members might lose their ministerial berths, Chief Minister Mamata Banerj […]

Ukrainian ambassador Sergiy Kyslytsya and other delegates are seated...