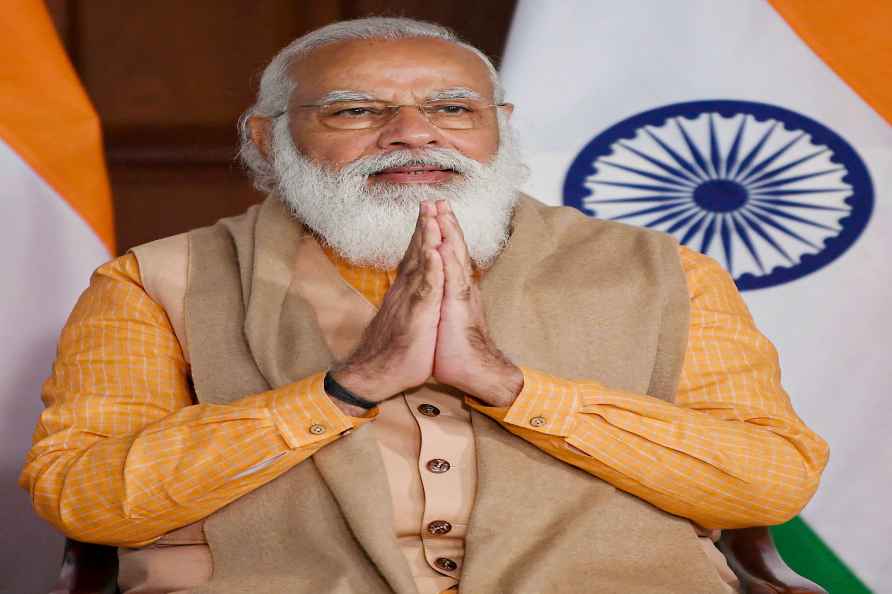 Hyderabad, June 18 : The funeral procession of the youth killed in Friday's police firing at Secunderabad railway station was underway in Telangana's Warangal district amid shutdown and protest. Hundreds of people were participating in the procession which began from MGM Hospital in Warangal to Narsampet. Leaders and workers of ruling Telangana Rashtra Samithi (TRS) were participating in the rally to pay tributes to M. Rakesh (22), who was killed when railway police opened fire at Secunderabad railway station to control a mob. State ministers E. Dayakar Rao, Satyavathi Rathod, MP M. Kavitha, MLAs Vinay Bhaskar, P. Sudershan Reddy and other TRS leaders were participating in the procession. There was mild tension en route at Pocham Maidan area of Warangal when some protesters attacked BSNL office and damaged window panes. Raising slogans against the Central government and Prime Minister Narendra Modi, they set afire the office board and flexis. Police swung into action to control the situation and dispersed the protesters. A shutdown was observed in Narsampet Assembly constituency on a call given by TRS. Shops, business establishments and educational institutions were closed in the constituency. Last rites of Rakesh will be performed at Dabeerpet village later in the day. Police have made elaborate security arrangements to prevent any violence. Rakesh, an army job aspirant, was one of the youth who were protesting at Secunderabad station on Friday against the Central government's army recruitment scheme Agnipath. The protestors went on rampage, setting afire trains, parcel luggage and vandalising the station and the stalls. The youth was killed when the railway police opened fire to control the situation. Rakesh, son of farm workers Kumara Swamy and Poolamma, had the dream of joining the Army. According to his family, his elder sister is serving in Border Security Force (BSF) Rakesh took coaching in a Hanamkonda-based institute and cleared physical tests. He was preparing for the written exam and was upset over the repeated postponement of the exam. After the Central government announced the Agnipath scheme, he, like many others, felt that their dreams were shattered. The Telangana government late Friday announced Rs 25 lakh ex-gratia for the family of Rakesh. Chief Minister K. Chandrasekhar Rao expressed deep shock and grief over the death of Rakesh. He conveyed his deep condolences to the youth's family and said a son of Backward Classes lost his life due to "wrong" policies of the Central government. The chief minister also announced that in addition to Rs 25 lakh ex-gratia, a government job will be provided to a member of Rakesh's family as per his or her qualification. /IANS