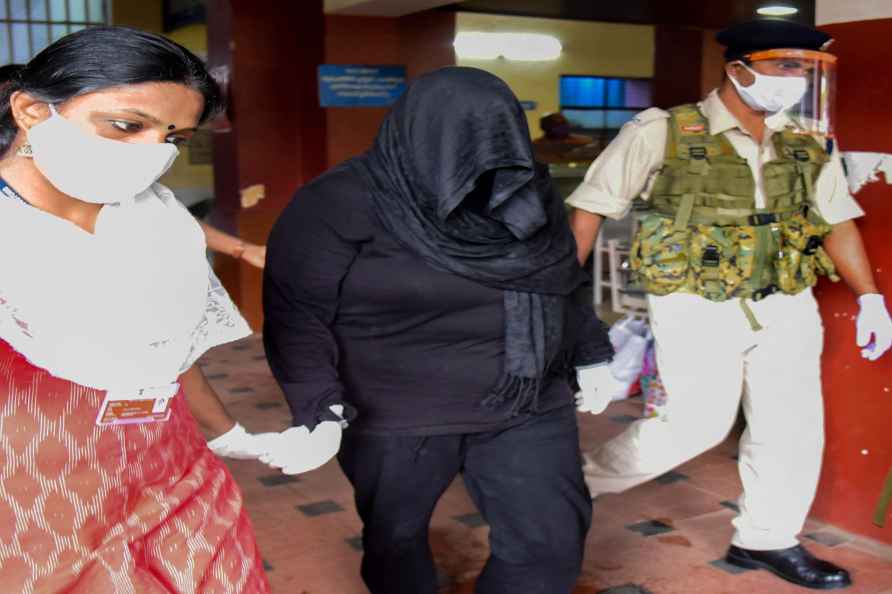 Thiruvananthapuram, June 16 : After Kerala Chief Minister Pinarayi Vijayan, more revelations by the prime accused in the gold smuggling case Swapna Suresh can spell trouble for two CPI-M leaders -- former CPI-M speaker P.Sreeramakrishnan and former state minister and senior legislator K.T.Jaleel. On Wednesday, she alleged through her affidavit that Vijayan used his office to get favours for his daughter through the Sharjah ruler, only to add later that Sreeramakrishnan also sought his help to start an educational institution there. As per the affidavit, to influence the Sharjah ruler, a bag full of currencies was given to the UAE Consul General here by a then employee of the Consulate office P.S.Sarith. Sarith had taken the bag after giving the currency to the said person. It was later seized by the Customs from Sarith. With regards to Jaleel, it stated that it was he who had pressured the Vice-Chancellor. She also claimed that Jaleel has a benami in Mumbai through which all his deals are conducted. Incidentally, soon after the gold smuggling case surfaced in July 2020, both Sreeramakrishnan- who was then the Speaker of the Kerala Legislative Assembly -- and Jaleel were questioned by the national agencies. Swapna has been giving sleepless nights to the CPI-M led Left government since the beginning of this month when she made "revelations" before a local magistrate under Section 164 (5) of the Criminal Procedure Code. Since then, she has been going hammer and tongs, especially against Vijayan, his wife Kamala and their daughter Veena. Following this, protests led by Congress and the BJP have broken out across the state demanding the chief minister's resignation. /IANS

Brisbane, Aug 4 : Police in the Australian state of Queensland said on Thursday that three people had died following a gun shooting on a rural property. At 9 a.m., police were called to the scen […]