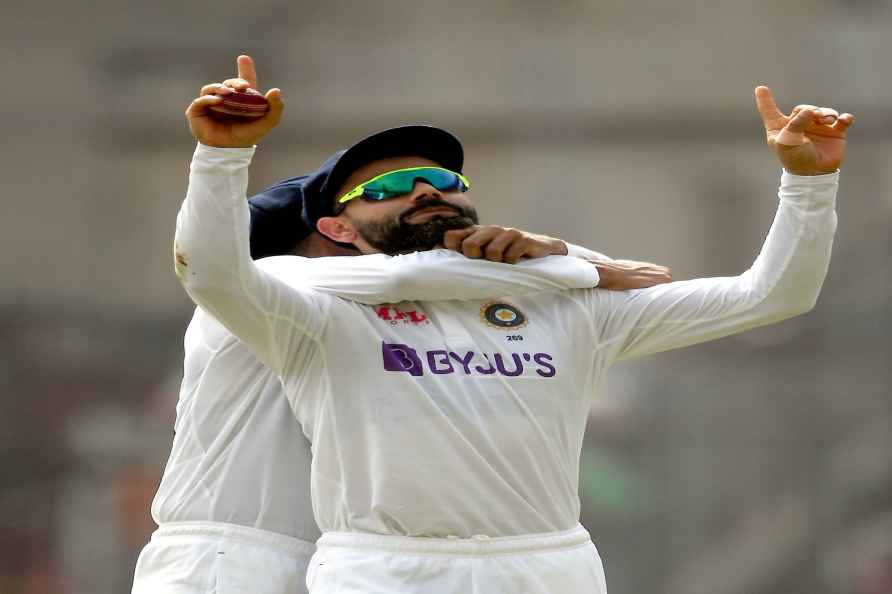 New Delhi, June 14 : Opener KL Rahul, who is currently missing the ongoing home T20I series against South Africa because of right groin strain, is also a doubtful starter for the Edgbaston Test against England, scheduled to be played from July 1-5. Rahul was named the skipper of the Indian side for the T20 series in absence of regular captain Rohit Sharma. However, the opener pulled out of the Indian squad on the eve of the first match in Delhi and since then Rishabh Pant has been the skipper. The stylish batter was also named deputy to Rohit for the tour of England, where India are to play three T20Is and three ODIs apart from the lone Test, which will be the fifth and final Test of the extended series that started last year but had to be stopped after four games because of Covid cases in the Indian squad. According to the Cricbuzz report, there is no clarity on the time duration of Rahul missing action. He is believed to have reported at the National Cricket Academy (NCA) in Bengaluru a few days back, but the diagnosis of his complaint is not complete yet. The report added that Rahul's participation in the England series is doubtful but there is no confirmation if he will have to skip the white ball games as well. The first batch of the Indian team will fly to England on Friday (June 16) and another one, including coach Rahul Dravid, Pant and Shreyas Iyer, on June 20. There is also no guarantee that the selection committee will name a replacement for Rahul as it had already announced a 17-member squad that includes three openers. Without Rahul, the team for the Test will have Rohit and Shubman Gill as the openers and Mayank Agarwal will be named in the squad if there will be a demand from the team management. India's Test squad: Rohit Sharma (Captain), KL Rahul (vice-captain) Shubman Gill, Virat Kohli, Shreyas Iyer, Hanuma Vihari, Cheteshwar Pujara, Rishabh Pant (wk), KS Bharat (wk), Ravindra Jadeja, Ravichandran Ashwin, Shardul Thakur, Mohd Shami, Jasprit Bumrah, Mohd Siraj, Umesh Yadav, Prasidh Krishna /IANS

Ryan Burl stars as Zimbabwe clinch T20I series against Bangladesh
Harare, Aug 3 : Ryan Burl hammered an enthralling half-century (54 off 28 balls), including hitting 34 runs off an over, as Zimbabwe beat Bangladesh b