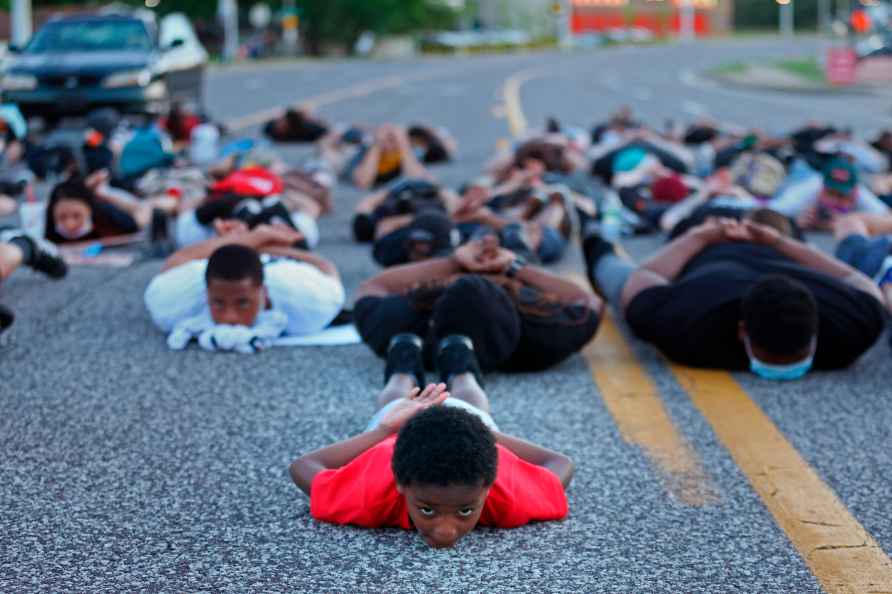 Hyderabad, June 14 : A man, who was in inebriated condition, created ruckus in Asif Nagar area of Hyderabad by climbing on to a moving police patrol car. The incident occurred late on Monday night in Jhirra locality. A video of the man sitting on a moving police vehicle went viral over social media on Tuesday. The man, who was later identified as Ajay Singh (28), damaged the windshied and side mirrors of the police patrol car. The police patrol had reached the area after receiving information that a youth created ruckus and attacked some vehicles. When the police team reached there and the patrol vehicle was moving slowly to clear the traffic, the man took the cops by surprise as he climbed on the moving vehicles. He continued screaming and damaged the vehicle. Police personnel finally overpowered the man and arrested him. He has been booked for creating nuisance and damaging public and private property. /IANS

Saudi fugitive blow himself up in Jeddah, injuring 4: State security
Riyadh, Aug 13 : A man wanted by Saudi state security detonated an explosive belt, killing himself and wounding a foreigner and three security officia

Beijing, Aug 13 : China has sanctioned Lithuania's Deputy Minister of Transport, Agne Vaiciukeviciute over a visit to the self-governing democratic island of Taiwan. Vaiciukeviciute had trampled […]

Over 21,000 people brought to UK from Afghanistan: Govt

London, Aug 13 : More than 21,000 people, including British nationals and their families, have been safely brought to the UK from Afghanistan, the government has said. The group of people also c […]

Washington, Aug 13 : Democrat lawmakers in the US House has passed a sweeping health care, tax and climate change bill. Friday's vote was 220-207, with all Democrats voting in favour and all Rep […]

San Francisco, Aug 13 : After Ford CEO Jim Farley took a playful dig at Elon Musk, the tech billionaire has shared a lighthearted response to the playful pickup truck jab from him. Farley, recen […]