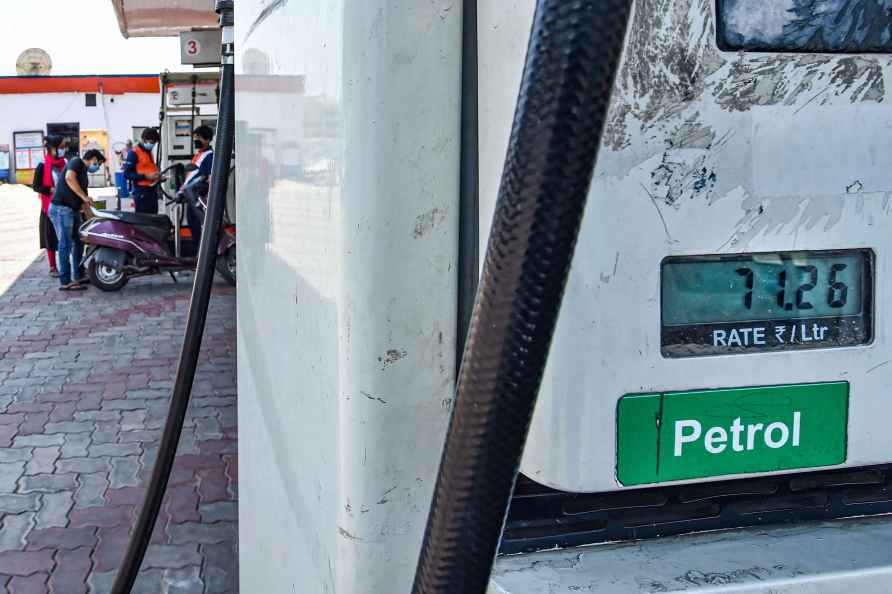 New Delhi, June 14 : India's oil product demand in May was up 860,000 barrels per day or 22 per cent year-on-year from a low base in 2021, S&P Global Commodity Insights said in a note. The demand for May was some 80,000 barrel higher than its growth forecast, partly due to stronger-than-expected demand for transportation and the government's announcement of a cut in excise duty on patrol by Rs 8 per litre and Rs 6 per litre on diesel, which provided some support for demand. On a year-on-year basis, demand growth was driven by diesel, petrol and other minor products, which were up 416,000 barrels per day, 282,000 barrels per day and 161,000 barrels per day, respectively. Kerosene/jet fuel and fuel oil also posted positive growth, rising 67,000 barrels and 25,000 barrels, respectively. But growth was partially offset by naphtha, which fell 95,000 barrels per day, with LPG demand remaining steady. The new tax regime on petrol and diesel could result in a loss of about Rs 1 trillion to the government in annual revenue due to the lower collection, the note said. "The more immediate problem is sky-high inflation and the pressure being put on the Reserve Bank of India (RBI) to raise its policy interest rate and tighten monetary conditions," it said. Persisting inflationary pressures could set in motion second round effects on headline retail inflation, hence, there is a need for calibrated monetary policy action to keep inflation expectations anchored and restrain the broadening of price pressures, the note added. In the near term, it expects India's oil demand to remain robust unless fuel prices are raised sharply, which is unlikely at this state due to high inflation. "In India, the high refining margins have benefited export-oriented private refiners much more than the state-owned oil marketing companies," it said. /IANS

Benchmark yield fell sharply by 13-15 bps post hint of slow rate hike by Fed
Mumbai, Aug 1 : The yield on benchmark 6.54%-2032 bond fell sharply by around 10-12 basis points since last week after the US Federal Reserve hints at