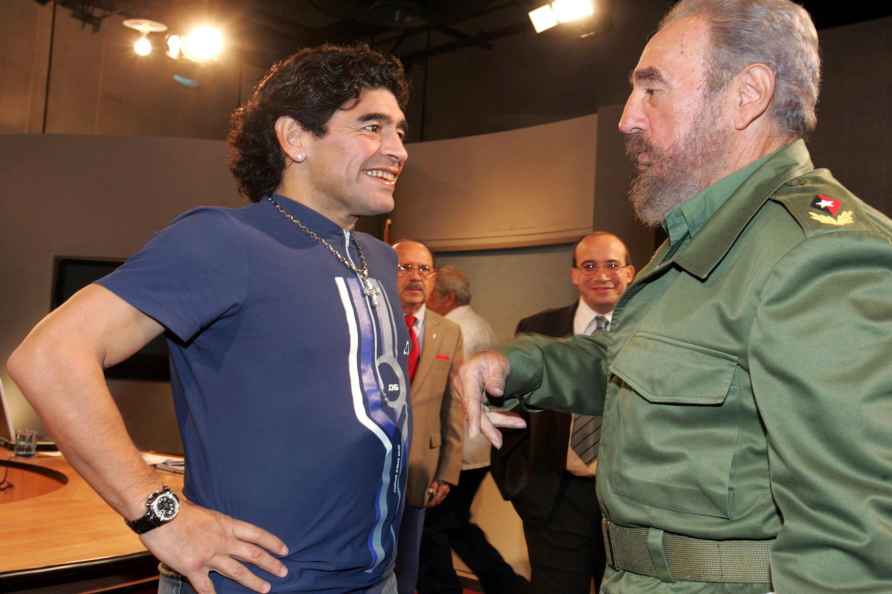 Hyderabad, June 13 : Telugu superstar Mahesh Babu is currently enjoying the success of his film 'Sarkaru Vaari Paata', which was directed by Parasuram. He and his family are having a great time on vacation in Europe. The actor shared a photo of himself with Namrata Shirodkar, Gautham, and Sitara on his Instagram account. Mahesh appears to be really enjoying his road trip in Europe, as he hints at their next destination. "Road trip it is!!" he wrote. Italy is up next!! Lunch with the crazies!!", Mahesh captioned. The photo has gone viral on social media. Mahesh Babu's next film will be an action-comedy directed by acclaimed filmmaker Trivikram. Soon, he'll reportedly join the set of 'SSMB28' (working title), in which Pooja Hegde will star as the lead heroine. Mahesh also has a film with SS Rajamouli in the works, which will begin shooting later this year. /IANS

Tamil star Arya completes 1,540km London-Edinburgh-London cycling event
Chennai, Aug 14 : Tamil actor Arya, who is known to be a fitness and cycling enthusiast, on Sunday announced he had successfully completed the London-

'Shaun of the Dead' director Edgar Wright heaps praise on 'RRR'
Mumbai, Aug 14 : Ever since it started streaming on Netflix, S.S. Rajamouli's blockbuster 'RRR' has been acquiring a growing international fan followi

San Francisco, Aug 16 : Apple has reportedly threatened to sack a hardware engineer after it was found that she posted a video on Chinese short-form video app TikTok with basic iPhone security tips. […]

Seoul, Aug 16 : South Korean police on Tuesday arrested an activistfor making threats with a knife outside former President Moon Jae-in's home. The activist, who has been staging a one-man prote […]

UP: Woman poisons 3 daughters after spat with husband

Ghazipur (Uttar Pradesh), Aug 16 : In a shocking incident, a woman poisoned her three daughters, following a spat with her husband. The incident took place in the Bhanmal Rai village in Suhwal p […]