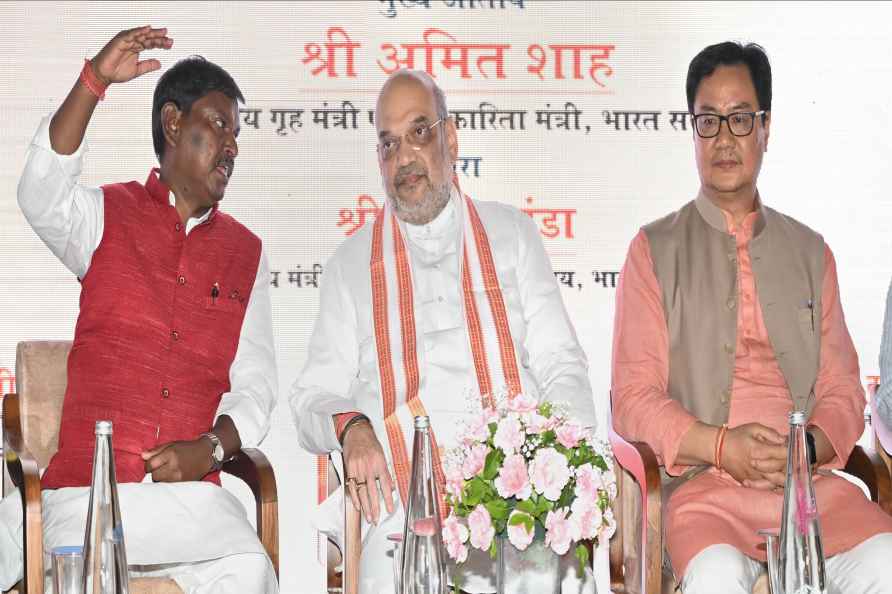 Panaji, June 11 : Union Minister of State (MoS) for Law and Justice S.P. Singh Baghel on Saturday said that whatever is best in the interest of the nation will be done. He was commenting on the need of bringing anti-conversion law in the country. Recently, Goa Chief Minister Pramod Sawant had said that if required, then anti-conversion law will be brought in the state to prevent conversions. Baghel, on his visit to Goa, said that the nation will run as per constitution and law. "We will do everything which is in the best interest of the nation," Baghel told reporters here. Attacking Congress, he said that this party didn't spare 'patal', 'jamin' and 'antariksh' to do corruption. "They have done scams like Bofors, 2G, 3G, coal, commonwealth and also Krishna Menon's Jeep scam. They have corruption in every area," he said. He praised Prime Minister Narendra Modi for eradicating corruption in the last eight years. Reacting to the protests held on Friday over remarks against the prophet, Baghel said that these were organised protests as they have happened in one single day. "Friday is a holy day. Holy places should not be used for politics. It is wrong to use people for such acts, who had come for prayers. The nation will run on constitution and law not by slogans," he said. He said that a majority in the Rajya Sabha will help pass the bills in the interest of the nation. Speaking about Goa, he said that he is very much impressed about the schemes launched and will try to replicate them in his state. "The projects coming up in Goa will encourage tourism activities, also All India Ayurvedic College and Institute and Research centre will boost medical tourism," he said. /IANS

Era of dictatorship, what was built in 70 yrs destroyed now: Rahul
New Delhi, Aug 5 : After the Congress was denied permission to hold protests in the New Delhi district, where the police has imposed section 144, Rahu

Era of dictatorship, what was built in 70 yrs destroyed now: Rahul

New Delhi, Aug 5 : After the Congress was denied permission to hold protests in the New Delhi district, where the police has imposed section 144, Rahul Gandhi on Friday alleged that 'this was an era o […]

Streaming company SoundCloud lays off 20% of its workforce

Chennai, Aug 5 : Reserve Bank of India (RBI) Governor Shaktikanta Das on Friday announced the rise of policy rate by 50 basis points to 5.4 per cent. Announcing the decision of the Monetary Poli […]