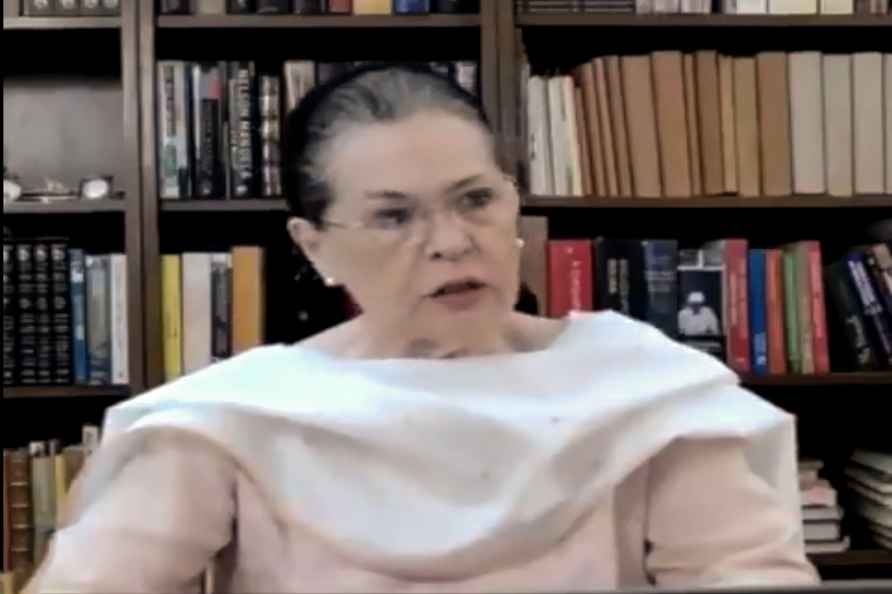 New Delhi, June 8 (IANS) Congress president Sonia Gandhi may not appear before the Enforcement Directorate(ED) on Wednesday and has sought more time from the agency as she has not tested Covid-19 negative. Sonia, who was summoned by the ED in a case related to the National Herald newspaper, had tested Covid positive on June 2. Her son and former party chief Rahul Gandhi has been asked to appear before the the law enforcement agency on June 13 after he sought exemption on an earlier date. The ED had summoned the Gandhis to join the investigation in a money laundering case relating to the National Herald newspaper and record their statements on June 8. The case has been lodged against various Congress leaders, including Gandhis, for allegedly misappropriating National Herald funds. Terming the ED summons "politics of revenge," Congress leader Randeep Singh Surjewala had said: "This is a politics of vendetta and revenge by the BJP to target opposition leaders as they have done to other opponents in the country. "National Herald newspaper was started in 1942. At that time the British tried to close it, today the Modi government is also doing the same thing as the Britishers did. Now the ED is being used for this purpose..." As there is no money involved in the case, Congress sources say that the case was closed in 2015. --IANS

'Evolving away from tennis': Serena Williams hints at retirement after US Open
[FILE - Serena Williams holds her daughter Alexis Olympia Ohanian Jr., and the ASB trophy after winning her singles finals match against Jessica Pegul

We could have done a lot but couldn't in the final against Australia: Manpreet

By B Shrikant Birmingham, Aug 9 : There is not much a hockey team can do when Australia, the top-ranked side in the world, is on the attack and dominating. But Manpreet Singh, captain of the Indian […]

New Delhi, Aug 9 : Determining consumer behaviour toward selling pre-owned phones and the level of awareness on the correct disposal processes with dysfunctional phones, a new survey on Tuesday reveal […]

Patna, Aug 9 : The Congress and Left parties on Tuesday handed over the lists of their legislators to Rashtriya Janata Dal (RJD) leader Tejashwi Yadav Even as the meeting of RJD, which was takin […]